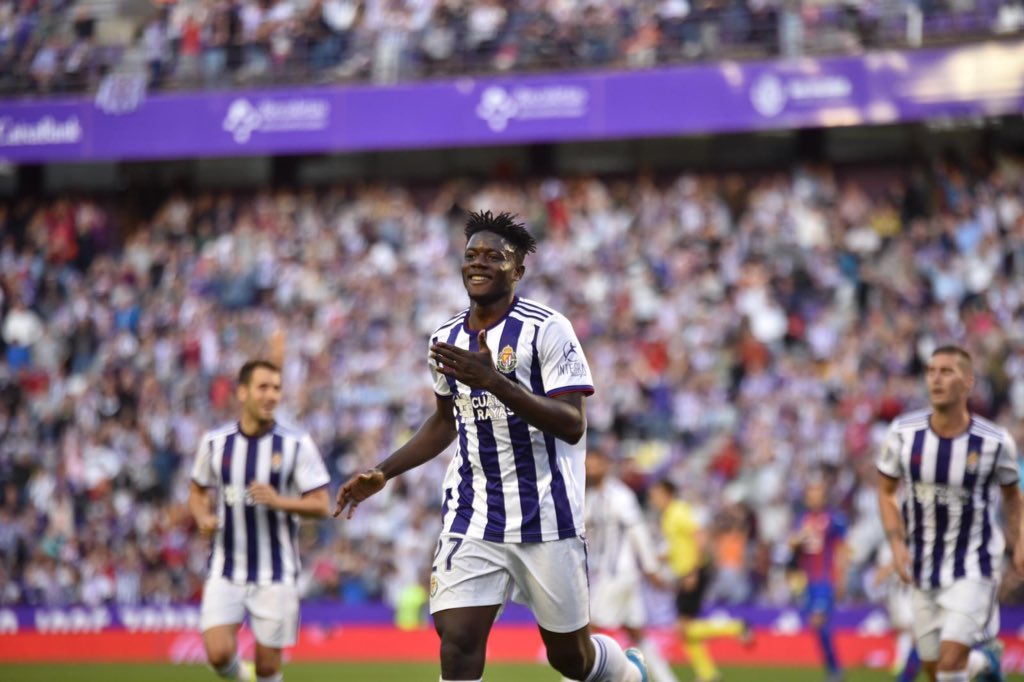 Ghanaian defender Mohammed Salisu bagged his first-ever goal for Real Valladolid in the Spanish La Liga as they defeated Eibar on Saturday.

The home side took the lead courtesy Sergi Guardiola strike on the 10th minute of the game before the 20-year-old Ghanaian sealed their home win with his goal in the 39th minute.

He found himself inside the box of Eibar after going for a corner kick and had the easiest task of directing home-from close range-a carpet cross from the right side.

The highly-rated defender lasted for the entire duration of the game.

He has featured in 10 La Liga games for Real Valladolid  and scored one goal so far in the 2019/20 season.