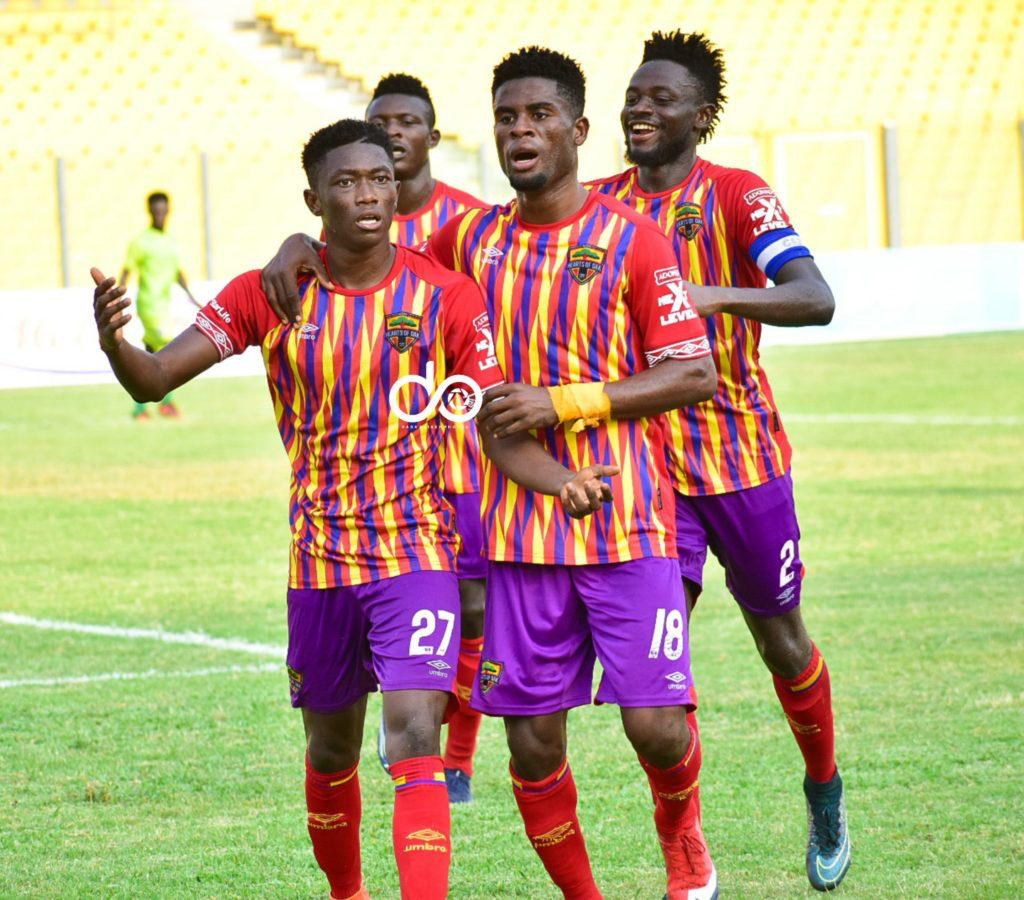 Hearts of Oak have climbed into the top four of the Ghana Premier League standings after defeating Techiman Eleven Wonders 2-0 on Sunday evening.

The Phobians returned to the Accra Sports Stadium to face off with the matchday nine opponent having dropped points in the last game against Elmina Sharks.

Determined to pick up maximum points, Hearts of Oak with the guidance of Coach Kosta Papic dominated play right from the start of the match.

With 11 minutes on the clock, the team took the lead courtesy of a strike from young attacker Umar Manaf.

Although Techiman Eleven Wonders played some impressive football after going behind, they could not threaten the goal of Hearts of Oak.

Having taken the one goal lead into the halftime break, Hearts or Oak resumed the second half to add salt to the wounds of the visiting team.

A delightful equalizer from in-form striker Victor Aidoo doubled the lead for the home team en route to winning 2-0 at the end of the 90 minutes.

As a result of the victory, Hearts of Oak have climbed to fourth on the Ghana Premier League standings.