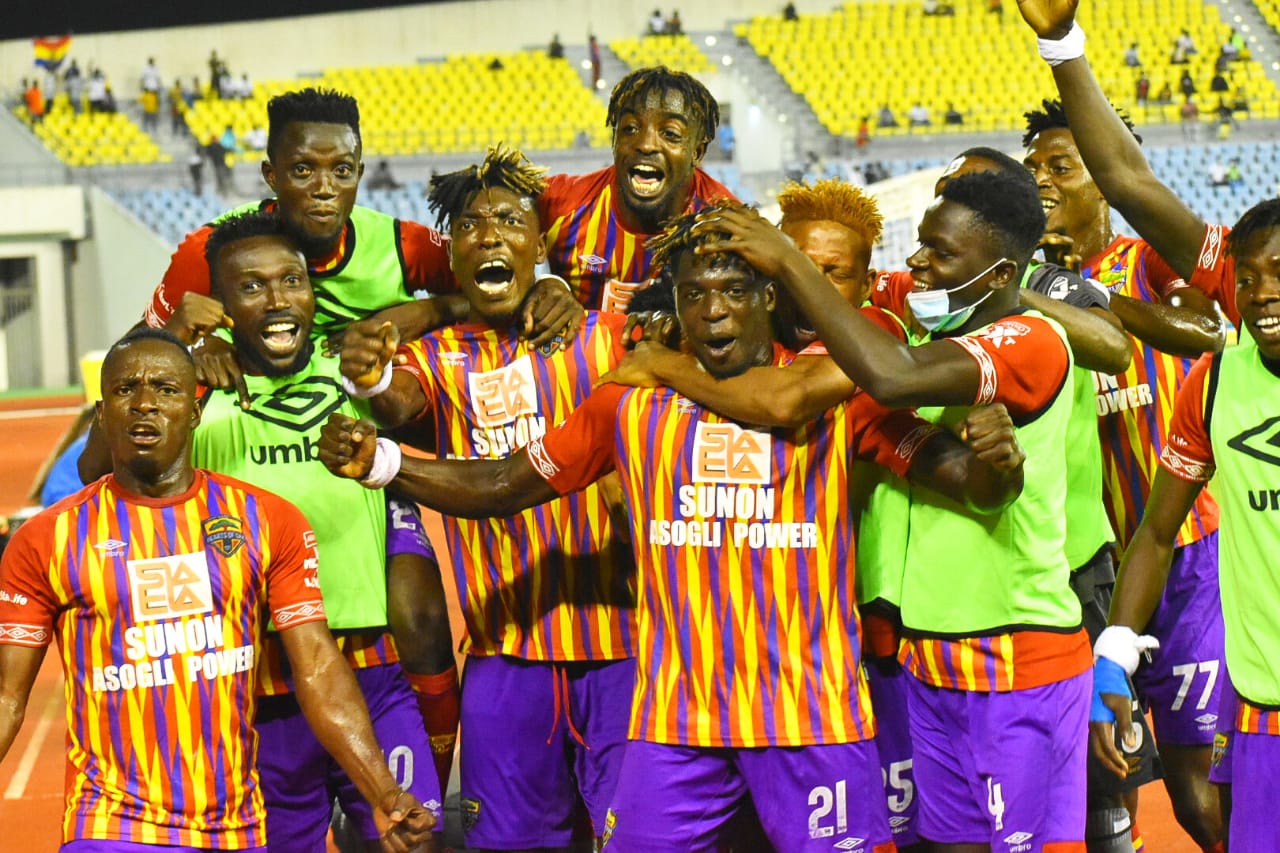 Hearts of Oak are set to take on fellow Premier League giants Ashanti Gold SC in the finals of the MTN FA Cup after thrashing Medeama SC 3-0 on Sunday evening.

The Phobians after emerging as Champions of the 2020/2021 Ghana Premier League season have set sight on clinching the MTN FA Cup title to complete what will be a sensational double.

Today at the Cape Coast Stadium, the Phobians locked horns with Medeama SC in the second semi-final game of the competition.

Despite the tough contest, Hearts of Oak still dumped the opponent after emerging as the better side.

On the matchday, midfielder Benjamin Afutu scored with a thumping header in the 12th minute to shoot coach Samuel Boadu’s team into the lead.

Holding off the visitors to go into the break with the lead, Heats of Oak scored two more courtesy of goals from Isaac Mensah and Daniel Afriyie Barnieh to seal a delightful 3-0 win at the end of the 90 minutes.

As a result of the victory, Hearts of Oak will now take on Ashanti Gold SC in this season’s MTN FA Cup final.