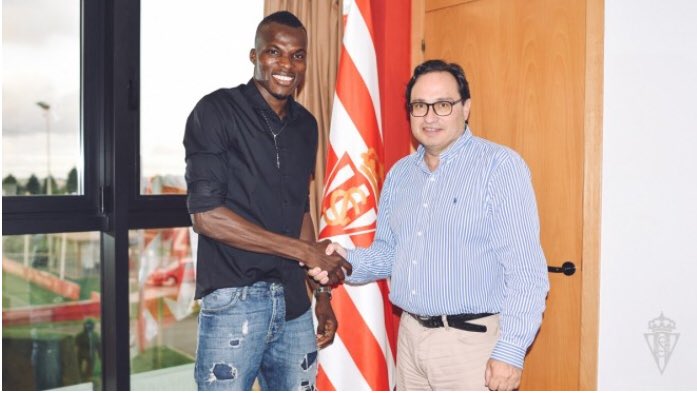 Ghanaian player Isaac Coffie has expressed his profound gratitude to former club Genoa after his move to Sporting Gijon.

Gershon has signed a two-year deal with the Red and Whites lads on a free transfer after ending his six years stay at Italian Serie A club Genoa.

In his first media interaction following the move, he thanked Genoa for the amazing six years spent at the club.

Official: Isaac Cofie expresses deep gratitude to @GenoaCFC for the unique opportunity the club gave him in football, at his unveiling at @RealSporting. #IsaacCofie pic.twitter.com/ESciH9bMB1

Cofie scored three goals with three assists in his 119 Serie A appearances for Genoa.