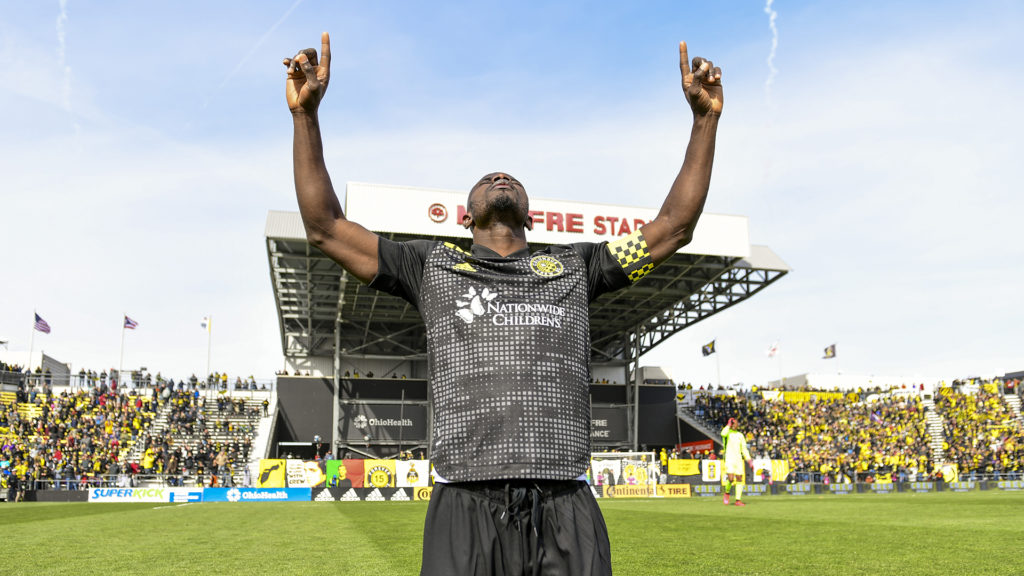 Ghana defender Jonathan Mensah scored for Columbus Crew in their 4-0 win over Real Esteli in the first leg of the CONCACAF Champions League round of 16.

The 30-year-old put up an incredible performance as his side thrashed Esteli at Estadio Nacional de Futbol in Managua.

Crew took the lead in the 19th minute through Gyasi Zardes' strike. From there, the 2020 MLS Cup champs were on a roll.

They doubled the lead just six minutes later through a corner kick. Lucas Zelarayan swung the ball into the box, and though Jonathan Mensah could not get a clean touch on it, it he did enough to direct the ball into the back of the net.

Zardes secured his brace in the 33rd minute, giving his side a 3-0 lead.

Pedro Santos put the icing on the cake in the first half stoppage time from the penalty spot.

After the recess, Crew were able to comfortably close out a victory that should make next Thursday's return leg in Columbus a mere formality.