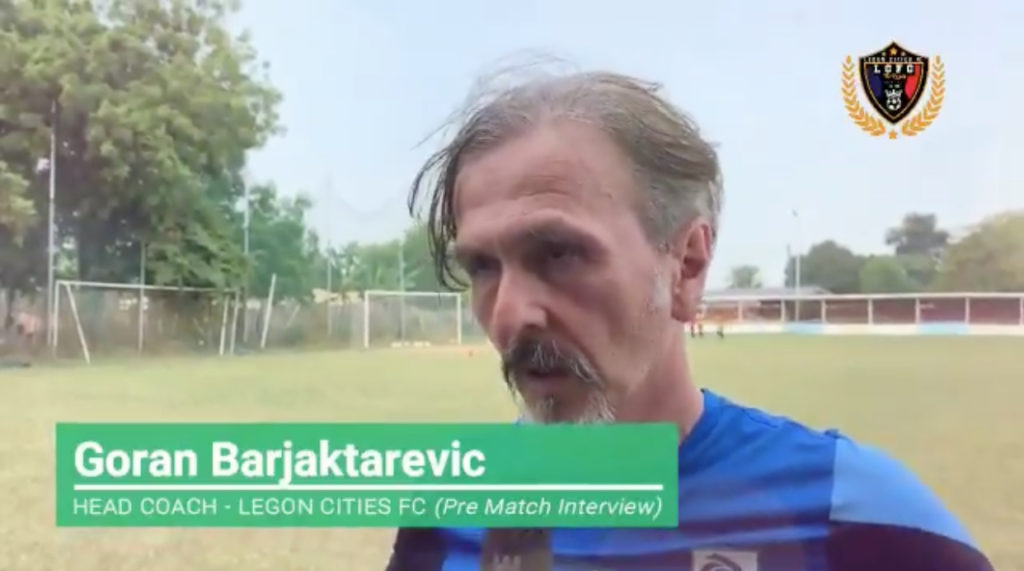 Head coach for Legon Cities FC, Goran Barjaktarevic has stressed that he will lead his team into their tough match against Kumasi Asante Kotoko with the aim of getting the win.

The expatriate coach took charge of the club in the final week to the commencement of the 2019/2020 Ghana Premier League season. He prepared his side and led them to draw 2-2 with Dansoman Liberty Professionals on the opening weekend of the top-flight league.

Now set to come up against giants Kumasi Asante Kotoko, Coach Goran Barjaktarevic says he has a lot of respect for the Porcupine Warriors but he is focused on guiding his team to victory.

“I play every game to win. Of course, I have a lot of respect for Kotoko and I know they have good players but am very confident of my players. Like I said I respect each opponent but I want to win against every one of them”, the gaffer said while speaking to LC TV in a pre-match interview.

The crucial encounter between Legon Cities FC and Kumasi Asante Kotoko will be played on Friday, January 3, 2020, at the Accra Sports Stadium. Kick-off is at 18:00gmt.