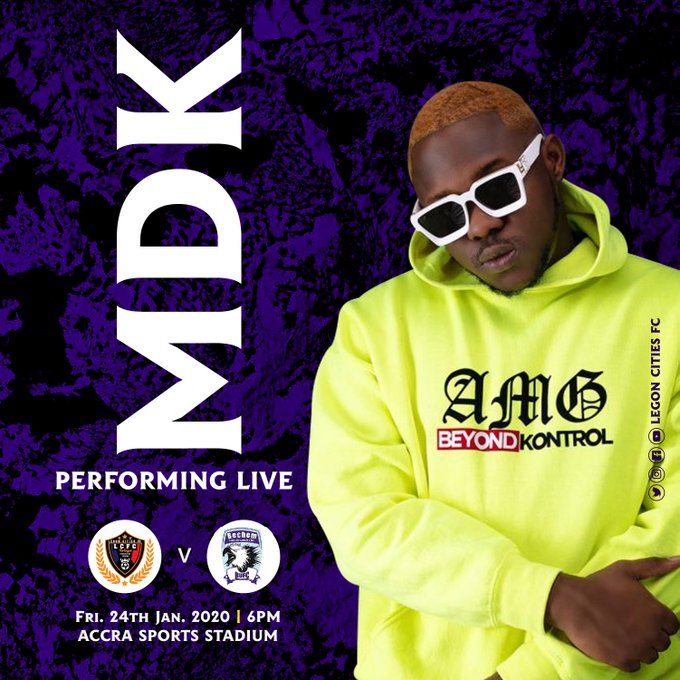 Ghanaian hip hop musician, Samuel Adu Frimpong, popularly known as AMG Medikal has called on his fan base to troop to the Accra Sports Stadium on Friday night to support Legon Cities FC when they take on Bechem United.

The two Ghana Premier League clubs will lock horns in a Match Week 6 fixture of the ongoing 2019/2020 season.

As a way of providing side attractions for supporters and fans that will go to the stadium, Legon Cities FC announced earlier this week that they have reached an agreement with Medikal for him to perform on the Matchday.

In a video posted on the twitter page of Legon Cities today, Medikal has reached out to his huge fan base and has urged them to come to see him perform while supporting the home team.

The crucial match between Legon Cities FC and Bechem United has been scheduled to kick off at 18:00GMT. Meanwhile, Medikal's performance will happen at halftime.