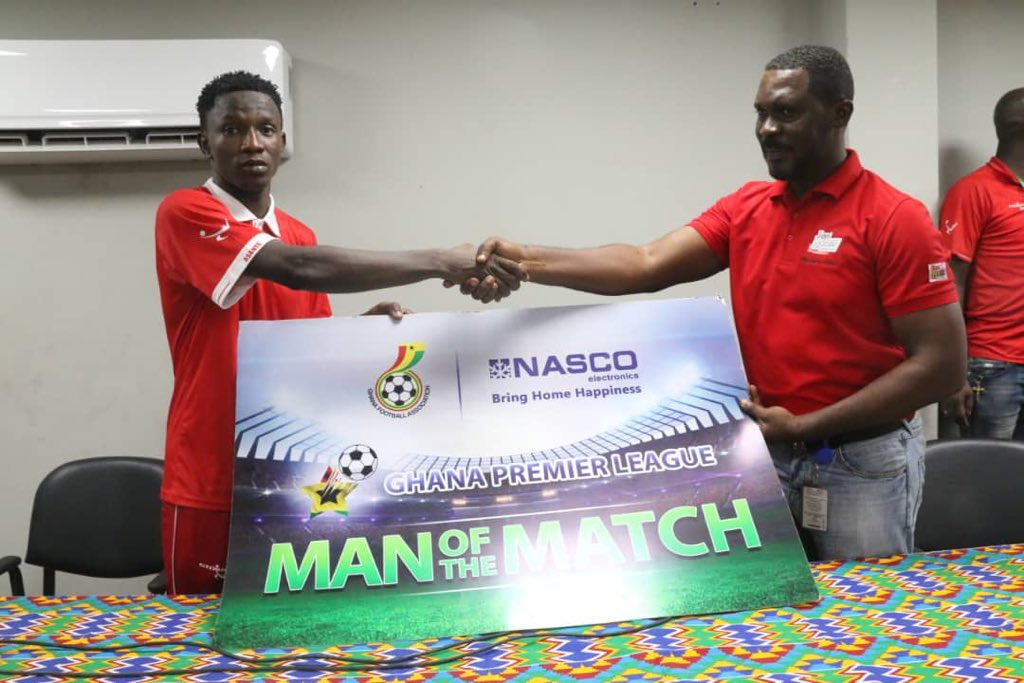 An outstanding performance from Asante Kotoko defender Ibrahim Moro in their 3-1 win against Bechem United on Friday night earned him the Nasco Man of the Match award.

In a Match Week 12 fixture played at the Accra Sports Stadium, the Porcupine Warriors climbed from behind to record a massive win to recover from two previous defeats against Aduana Stars in the Ghana Premier League and Asokwa Deportivo in the Round of 64 of the MTN FA Cup.

A second-half free-kick goal scored by defender Ibrahim Moro put the icing on the cake for Asante Kotoko who eventually cruised to a 3-1 win at the end of the 90 minutes.

At the end of the match, the left-back was named the Nasco Man of the Match for his immense contribution to the victory of the Porcupine Warriors.

He goes home with a Nasco brand new mobile phone as well as a hair clipper.