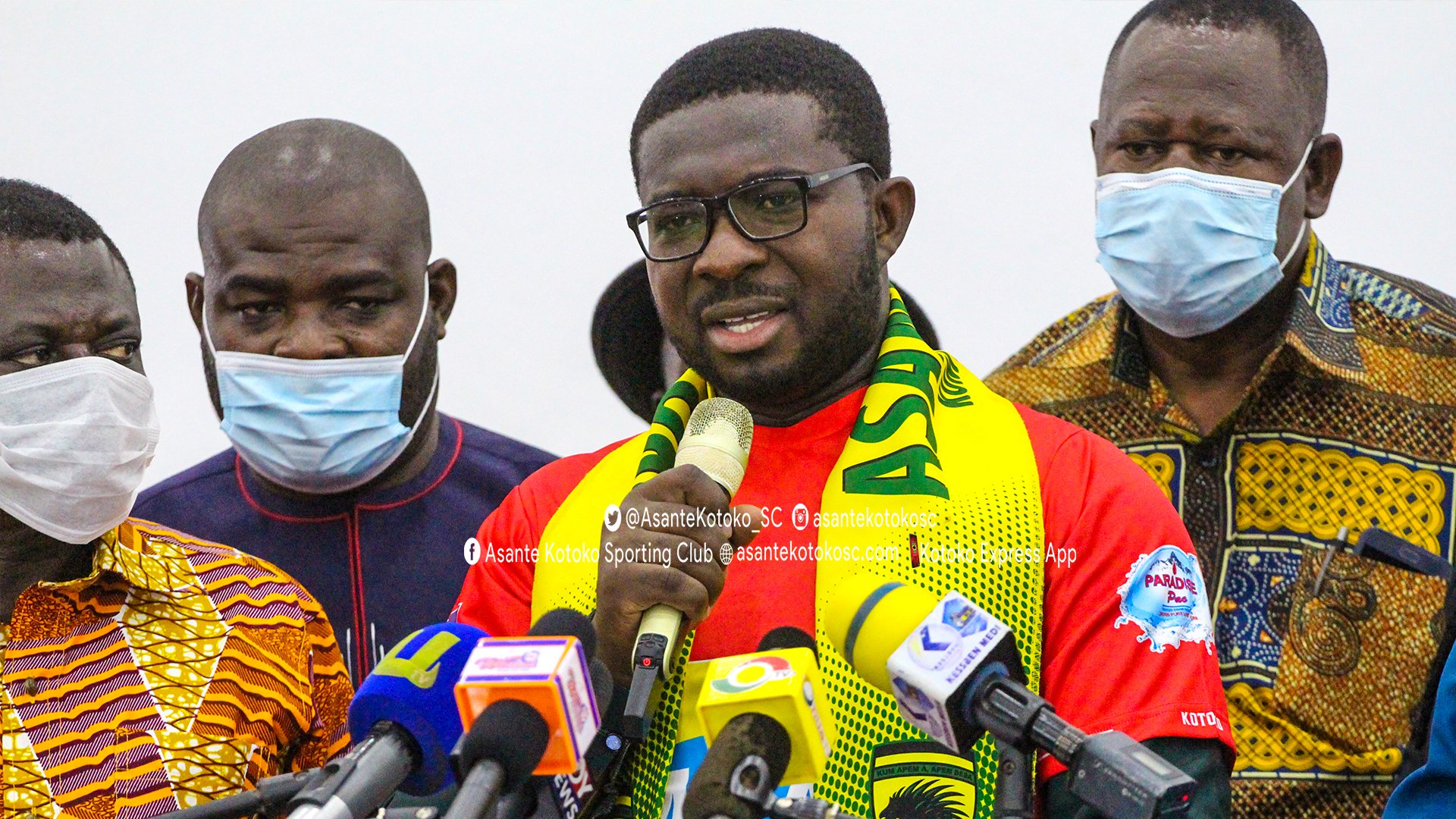 Following his appointment as the new Chief Executive Officer (CEO) of Asante Kotoko last week, Nana Yaw Amponsah has today officially started work at the secretariat of the club.

Earlier today, the football administrator arrived at the secretariat of the Porcupine Warriors club as he was welcome with smiling faces by the workers of the secretariat.

At the office, Nana Yaw Amponsah had a meeting with Board Member Joseph Yaw Adu who has been playing the role as acting CEO in the last few weeks.

He is now handing over to the newly-appointed CEO as he commences his tenure of 3-years.

Nana Yaw Amponsah is expected to work to restore the glory days of the club where they not only conquered the Ghanaian local scene but also earned recognition for their exploits in CAF’s inter-club competitions as well.