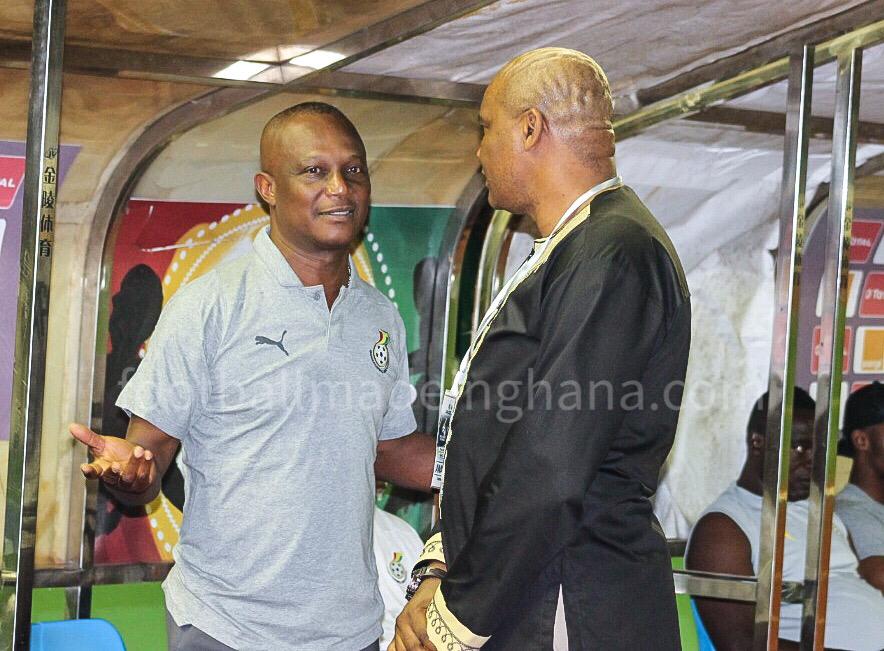 South Africa coach Molefi Ntseki has heaped praise Black Stars trainer Kwesi Appiah for his tactical prowess after his side suffered a 2-0 loss to Ghana s at the Cape Coast Stadium on Thursday evening.

A goal apiece in each half from Thomas Partey and Kudus Mohammed ensured coach Kwesi Appiah's side began the campaign on a flying note at home.

Ghana will now travel to Sao Tome and Principe to play them on Monday as they set sights on making it two wins from two games.

Coach Molefi was highly optimistic ahead of the game and had tipped the game to be a tactical battle’ between him and Kwesi Appiah.

But the Bafana Bafana trainer admitted after the game that he had lost the tactical battle.