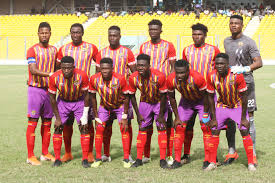 The Phobians came into light in 1911 and have clawed their way into becoming one of the greatest teams to have ever been produced in Ghana.

The Accra-based side have clinched a number of titles in their decorated history, the most prominent being the CAF Champions League in 2000. They also won the CAF Confederation Cup in 2004.

Hearts of Oak have also chalked success domestically, winning the Premier League 20 times, only arch-rivals Asante Kotoko have won it more. They have also won the FA cup on ten occasions.

CAF acknowledged the dominance of Hearts, naming them as one of CAF's clubs in the 20th century. They have also provided a lot of legends on the local and international front.

Below is a video detailing their rich history.