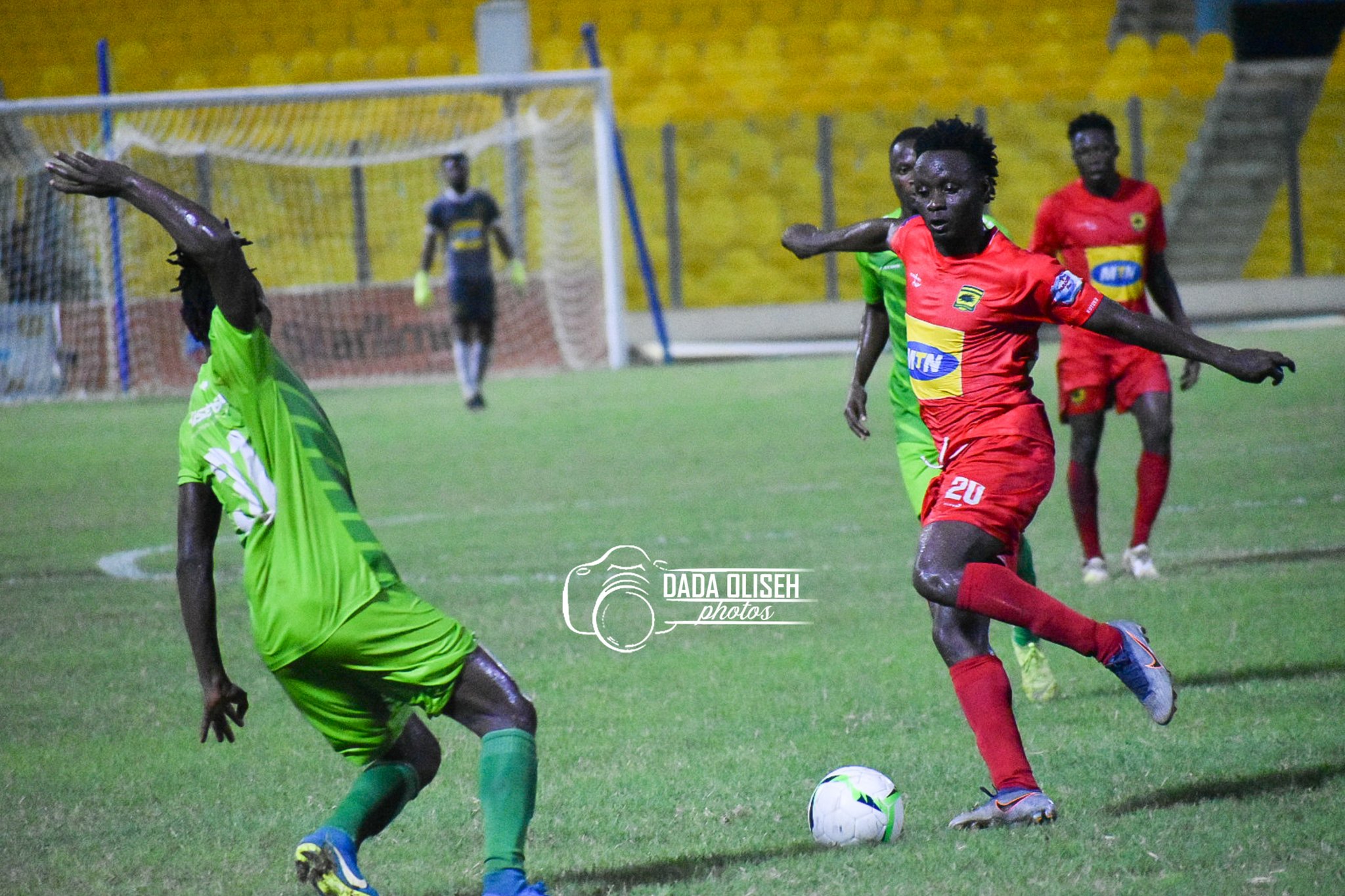 The two domestic top-flight clubs were in action yesterday evening under floodlight in what was a Match Week 12 fixture of the ongoing 2019/2020 season.

Following a nervy start to the match, Bechem United took the lead on the 21st minute when danger man Hafiz Konkoni steered his header into the back of the net.

Later in the same half, two goals from Martin Antwi and Justice Blay ensured the Porcupine Warriors went into recess with a 2-1 win.

Despite the efforts of Bechem United to get level in the match, there were thwarted in their runs for most parts of the game. The third goal from defender Ibrahim Moro from a free-kick sealed a win for the Reds who have now recovered from two successive defeats.

Watch highlights of the match below.