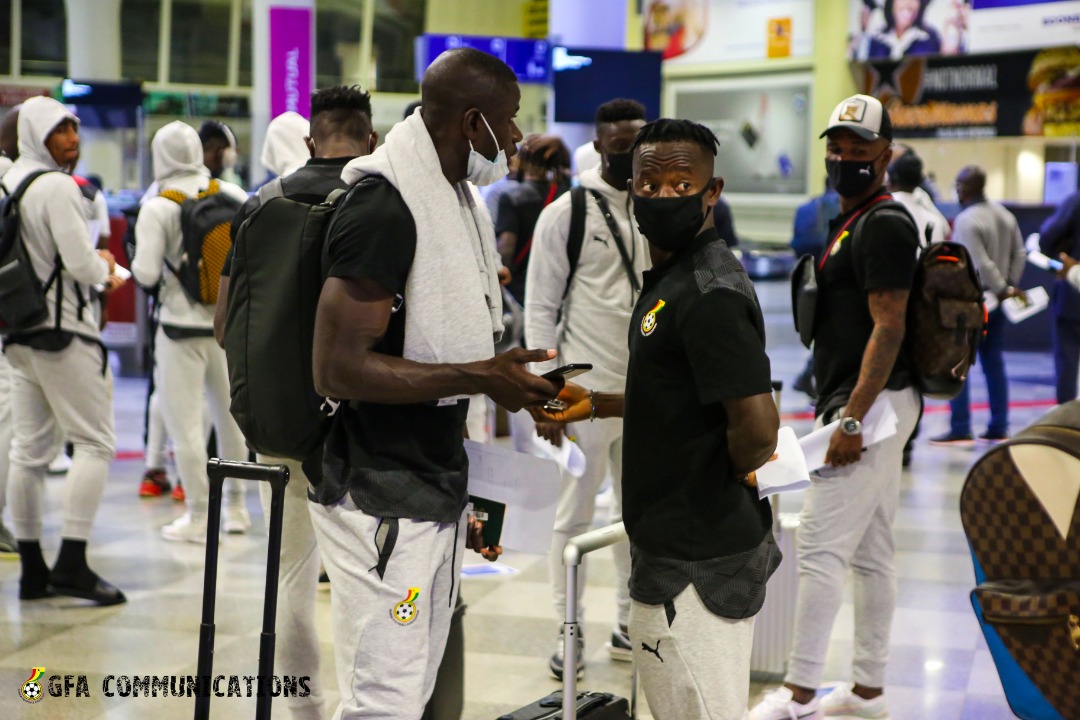 The senior national team, the Black Stars of Ghana have safely arrived in Harare for the reverse fixture of the 2022 Fifa World Cup qualifiers.

Ghana returned to winning ways with a 3-1 win against Zimbabwe at the Cape Coast Stadium on Saturday in the matchday three games.

Ghana will be hoping to continue their fine start under new manager, Milovan Rajevac in the return leg against the Warriors at their backyard.

The Black Stars led by Milovan Rajevac left the shores of the country early hours on Sunday and have safely arrived in Harare for the game scheduled on Tuesday.

The team was in company with Kurt Okraku, who is the President of the Ghana Football [GFA] together with Management Committee members of the Black Stars.

The team will train today before the game on Tuesday.

Ghana following the impressive win are trailing South Africa with just a point after three rounds of matches.

The Black Stars are seeking to return to the global showpiece having missed out in the last edition hosted in Russia in 2018.

Watch below Black Stars departure and arrival to Zimbabwe: