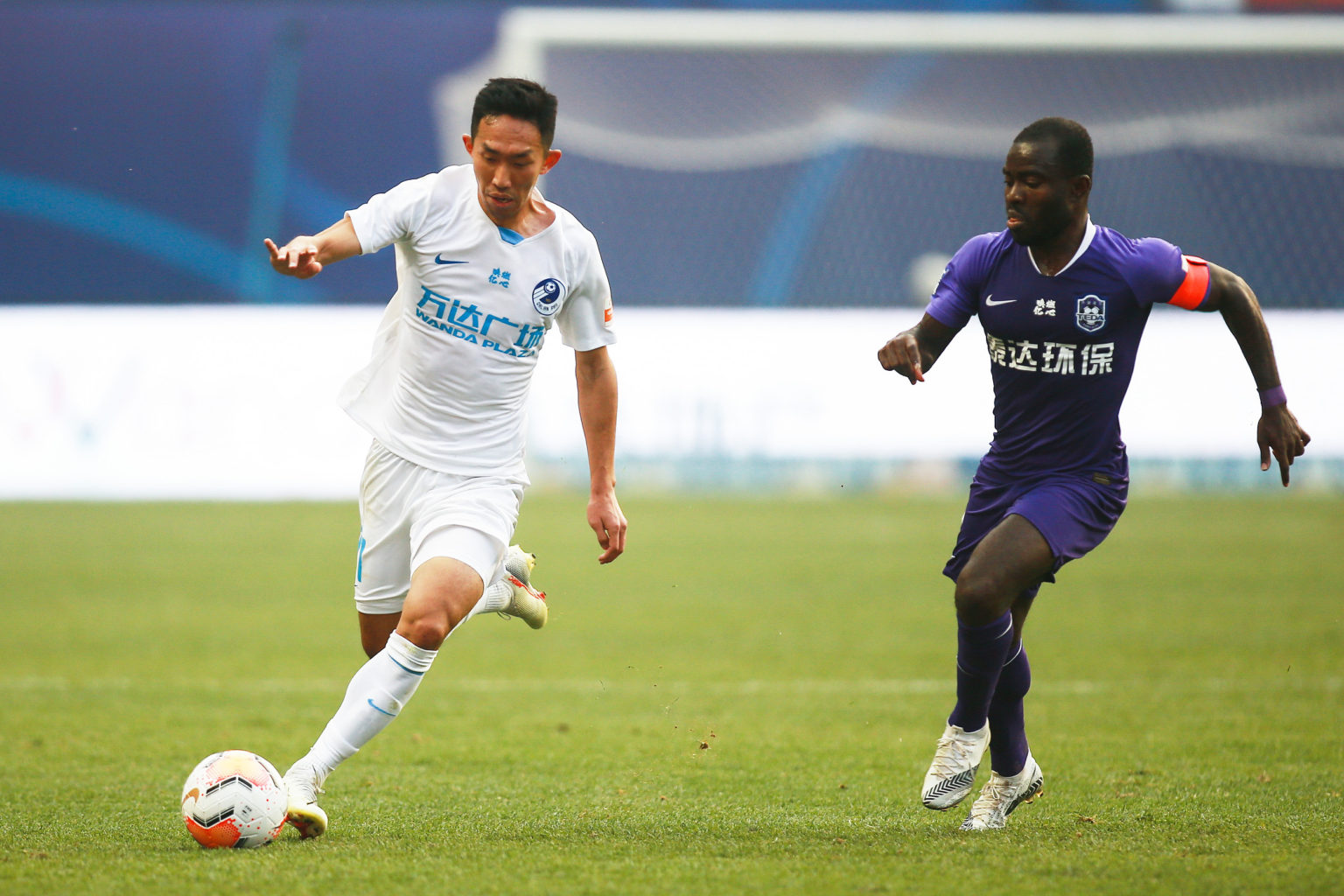 Ghana forward Frank Acheampong displayed outstanding form on Monday morning as he netted a brace to power his Tianjin TEDA outfit to a 2-0 win over Dalian Pro.

The two clubs were in action at the Dalian Sports Center Stadium today for a clash in the relegation playoff of the 2020 Chinese Super League season.

On the matchday, Frank Acheampong as expected captained the Tianjin TEDA side and did not disappoint his manager.

The former RSC Anderlecht star man impressed and bagged a brace for himself which proved crucial at the end of the 90 minutes.

First, Frank Acheampong tucked home from close range in the 12 minutes, before he scored with a striker’s effort in the 42nd minutes to seal the 2-0 win for the visitors.

With the 2 goals today, Frank Acheampong now has 4 goals in the Chinese Super Lig this season and 1 assist as well.