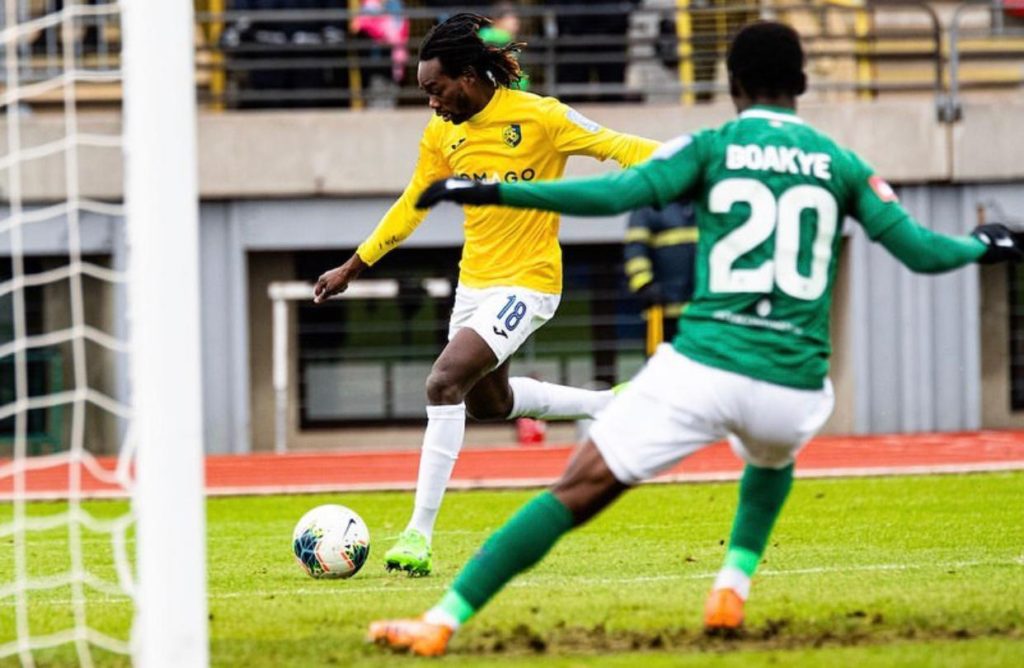 Ghanaian striker Ibrahim Arafat Mensah scored his third league goal for NK Bravo as they suffered a 2-1 defeat to league leaders Olimpija Ljubljana in the Slovenian Prva Liga on Sunday.

The 24-year-old, who lasted the entire duration of game bagged a sensational strike in the 83rd minute of the game to help reduce the deficit for his side.

Mensah was given a run in the team to reward him for his efforts in their previous outings.

In an entertaining match, Olimpija who is currently occupying the top of the league table took a deserved lead through Ante Vukusic.

Shortly after, Jucie Lupeta also found the back of the net for the away side to hand them a two-goal cushion.

With seven minutes to end the match, Ibrahim Arafat Mensah scored for NK Bravo but it was not enough to salvage any point at the end of the 90 minutes.

The Ghanaian and his team will need to up their game in subsequent matches to give them a better chance of escaping the relegation battle in the Slovenian Prva Liga.