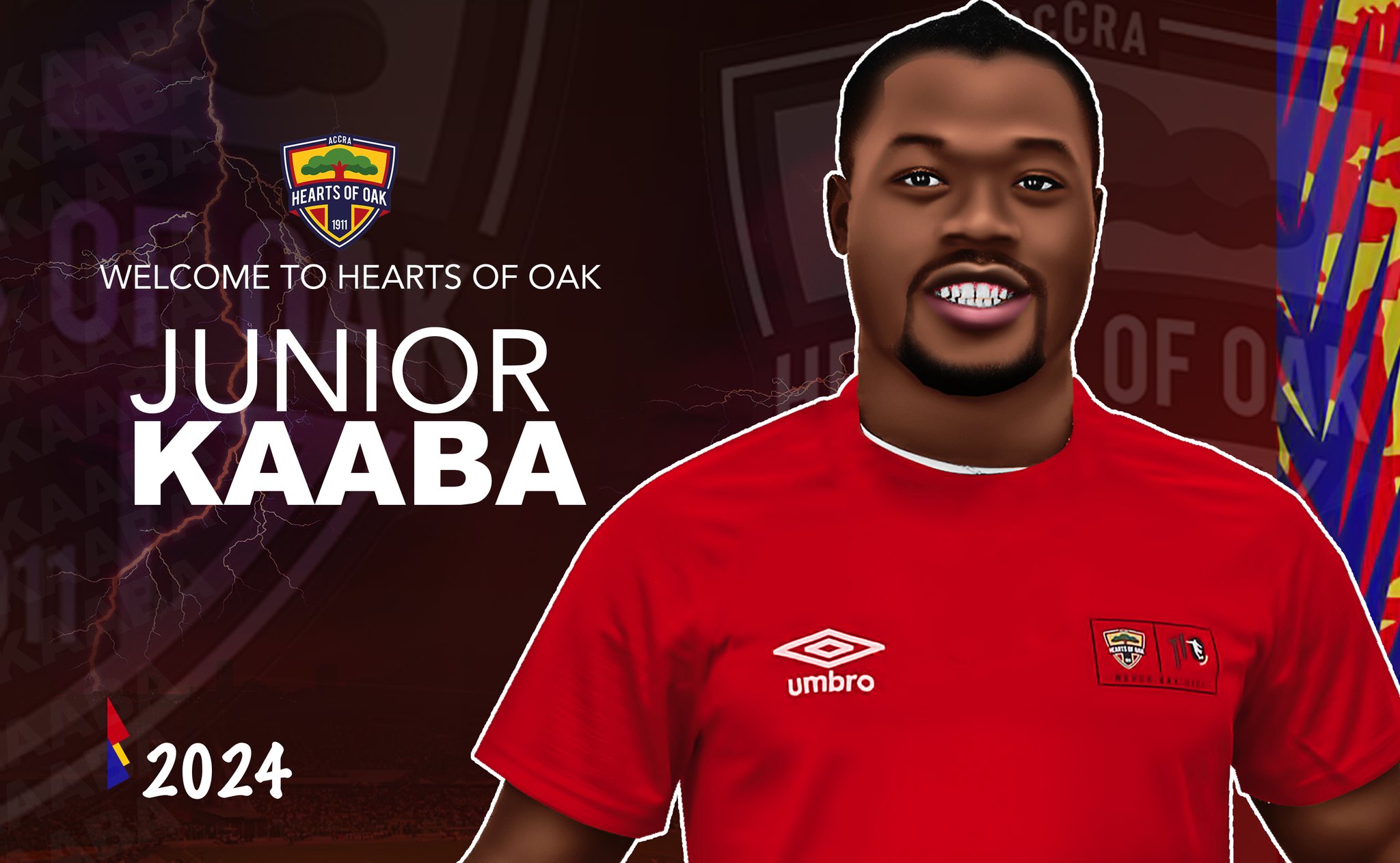 Hearts of Oak have completed the signing of Cameroonian forward Junior Kaaba from Fauvre FC ahead of the 2022/23 season which kicks next month.

Kaaba joins the MTN FA Cup champions on a two-year deal after a successful medical.

The 27-year-old will join the rest of the team as they prepare for the CAF Confederation Cup and the Ghana Premier League.

"Junior Kaaba finally joins the Phobia family. He puts pen to paper after a successful medical," the Phobians posted on their twitter handle.

"He signed a 2-year agreement with Accra Hearts of Oak and we are glad he will join the rest of the team as we prepare for the CAF competition and the GPL.

"The forward joined us from Fauvre FC."

Kaaba was one of the standout players for Cameroonian side Fauve Azur this season, scoring seven goals and providing five assists after only 11 matches.

He bagged five goals in his last five matches and was adjudged his club's player of the month for April.

His impressive display for his club saw him being linked with a move to several clubs but has opted to join Hearts of Oak.