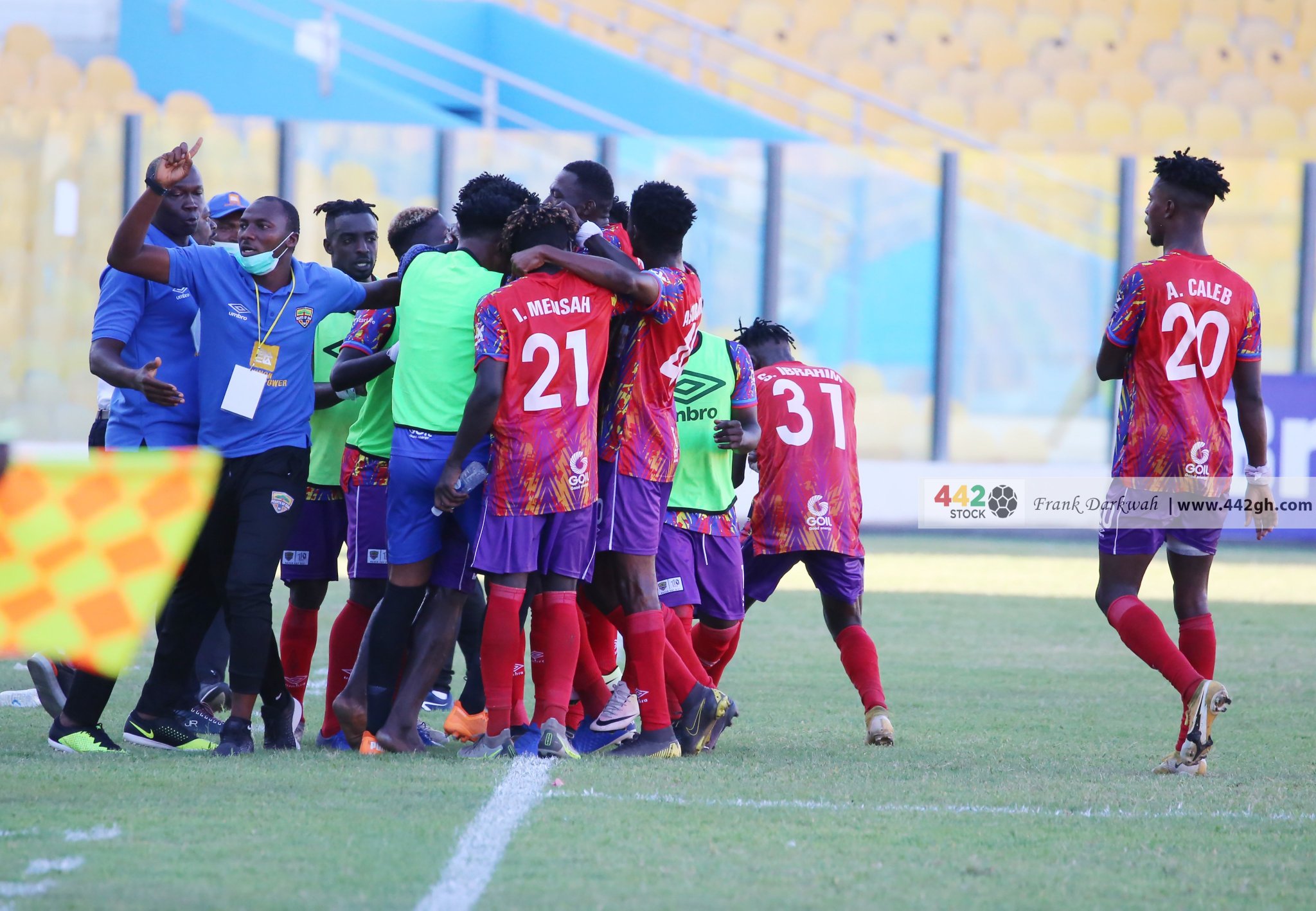 Hearts of Oak earned a 3-1 win over Dreams FC in Matchday 27 of the Ghana Premier League encounter at the Accra Sports Stadium.

The Phobians shot into the lead after just four minutes when Daniel Afriyie Barnieh scored the first goal for the rainbow boys.

The reigning Ghana Premier League champions proved to be strong and doubled their lead through Seidu Suraj in the 12th minute.

Dreams FC pulled one back before recess through Agyenim Mensah who scored from the spot in the 45th minute.

The Phobians have almost lost the league title but defeated Dreams FC to better their chances of playing in the top four at the end of the season.

Meanwhile, Samuel Boadu has defeated Dreams FC as a coach for the first time since joining the Phobian club.

He has now won one, drawn one and lost one in the three games he has played against Dreams FC.

The win sends Hearts of Oak to the 3rd position with 45 points whereas Dreams FC occupies 13th position with 32 points after 27 matches.