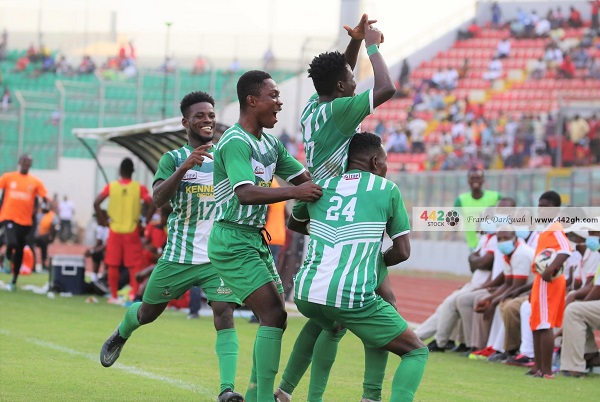 King Faisal escaped relegation on the final day of the 2021/22 Ghana Premier League season following a 2-1 win over Legon Cities 2-1 at the Baba Yara Stadium in Kumasi on Sunday.

The victory lifted the Kumasi based side to 14th on the league table ahead of Real Tamale United (RTU) and relegated Eleven Wonders, WAFA and Elmina Sharks.

King Faisal scored in either half of the game through David Oppong Afranie and Enock Morrison to secure the maximum points.

Oppong Afranie opened the scoring for the home side four minutes into added-on time in the first half when he beat three markers on the run and unleashed a shot from 20 yards into the back of the net for the opening goal.

Back from the recess, Morrison made it 2-0 in the 67th minute through a spot kick.

Despite the Royals push for an equaliser, King Faisal held on to seal all three points.

Watch the full highlights game below: