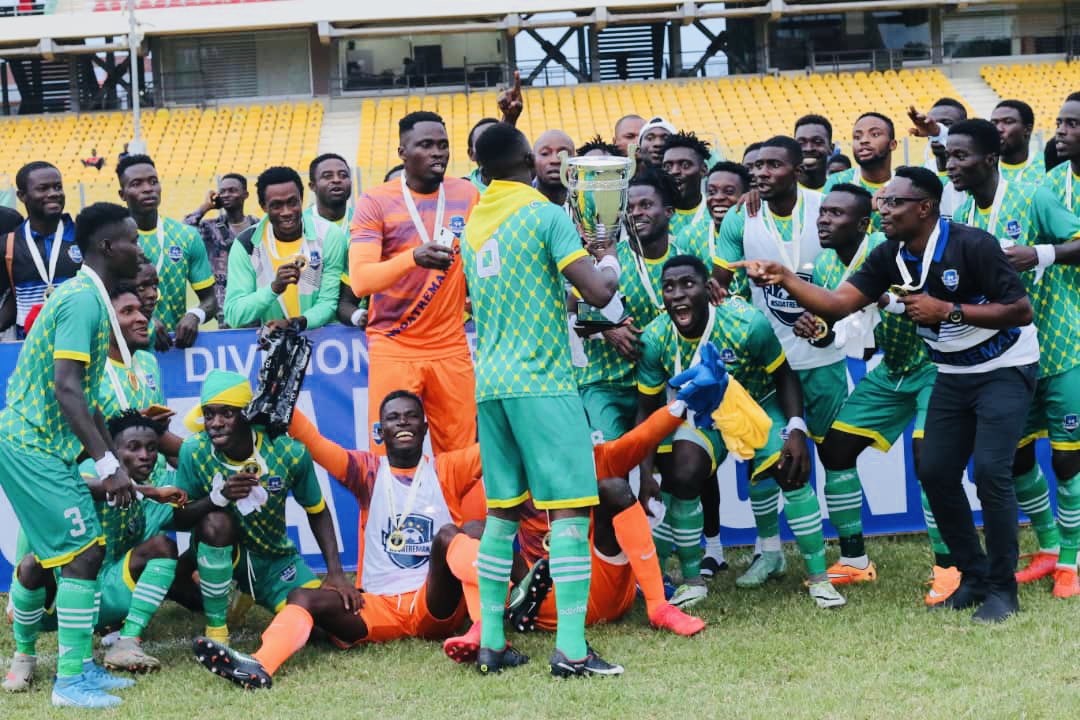 Nsoatreman FC defeated Tamale City 2-1 to secure promotion to play in the Ghana Premier League next season on Tuesday.

The two teams locked horns in a highly-anticipated playoff match to fight for promotion to the top-flight league.

On the matchday, a tough contest ensued between the teams as the first half of the game ending in a goalless stalemate.

In the second half, Nsoatreman FC needed just nine minutes to take the lead. Star attacker Samuel Ofori scored to shoot the team into a deserved lead.

Unfortunately, the team could not defend and allowed Tamale City to restore parity less than ten minutes after that goal.

Bismark Asare accepted responsibility from 12 yards and scored to force the 90 minutes to end in a 1-1 stalemate.

With the game proceeding to extra time, Nsoatreman got the job done by scoring an additional goal to cruise to a 2-1 win at the end of the match.

The victory sees Nsoatreman FC qualify for the Ghana Premier League for the first time in their history.