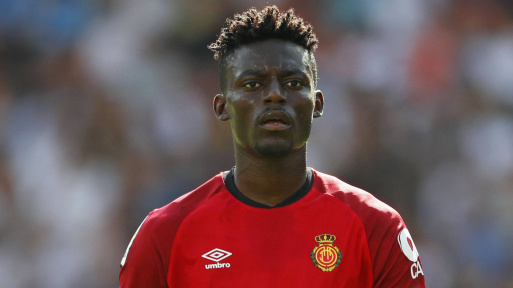 Ghanaian midfielder Iddrisu Baba scored the only goal for Spanish La Liga side Mallorca against Levante on Saturday afternoon.

Iddrisu Baba's goal was his first for the newly-promoted side and it was crucial in getting his team all three points in their league game.

Both teams ended the first half without finding the net. After the break, Mallorca made one change to try and get a goal.

Baba broke the deadlock in the 74th minute after great work from teammate Maffeo.

Levante was awarded a penalty after a VAR check by the referee, Mallorca's goalkeeper saved the spot-kick to keep the score at 1-0.

The 25-year-old midfielder has played eight games for Mallorca in the La Liga this season.