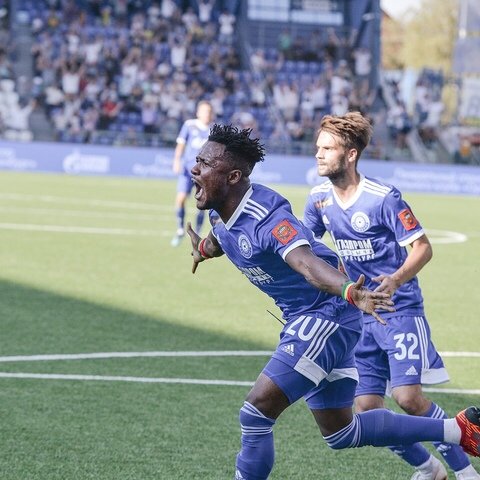 Ghanaian forward Joel Fameye put up an inspired performance to help FC Orenburg climb from two goals down to draw 2-2 with Tambov FK on Saturday in the Russian Premier League.

The Blue and Whites went into the match with the aim of bagging three points after failing to win any of their first four matches in the League.

Unfortunately for them, they were pipped behind by a determined FC Tambov side at the Gazovik Stadium on Saturday courtesy strikes from Ivorian defender Cedric Gogoua and Khasan Mamtov.

Now in a difficult position, Coach Vladimir Fedotov introduced Joel Fameyeh with just 20 minutes to end the match in hopes of helping them fight for an FC Orenburg comeback.

The gaffer tactics shortly yielded results after the Ghanaian shot home his first goal to slash the deficit. He got on the scoresheet again with a couple of minutes to hit the 80th minute again to bring the scoreline to 2-2.

The match eventually ended 2-2 with both clubs sharing the spoils one apiece.

Watch Joel Fameyeh’s brace in the video below.