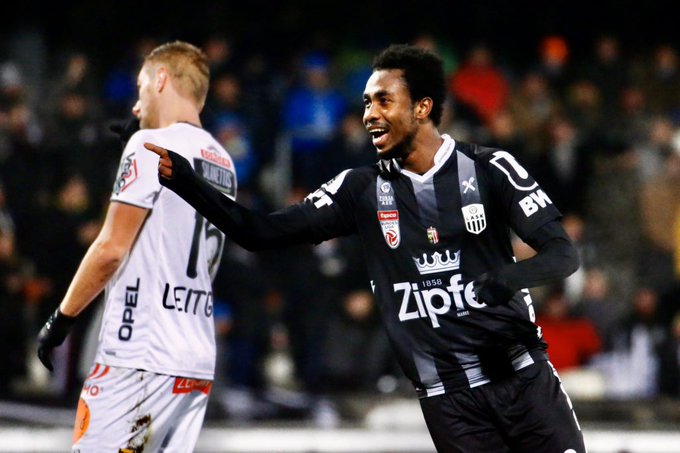 Ghana and LASK Linz striker Samuel Tetteh bagged his fourth goal of the season for side in their 3-1 win over Wolfsberger in the Austrian Bundesliga on Saturday.

The 23-year-old was handed a starting berth after failing to start his side's last six games in his favoured left wing role.

Petar Filipovic gave LASK Linz the lead in the 21st minute before the Ghanaian forward doubled their lead heading into the first half.

Tetteh was cautioned for a poor tackle on Michael Novak in the 58th minute and was given rest with twenty minutes to end the game.

Eight minutes after his substitution, Wolfsberger halved the deficit through Weissmann to put pressure on the away side however Frieser Dominik weathered the storm with six minutes to end proceedings.

Tetteh has scored four goals in the league so far this season.

The win means Linz are within touching distance of league leaders RB Salzburg – two points separating the top two teams – but eleven points ahead of third placed Wolfsberger – whom they defeated today.