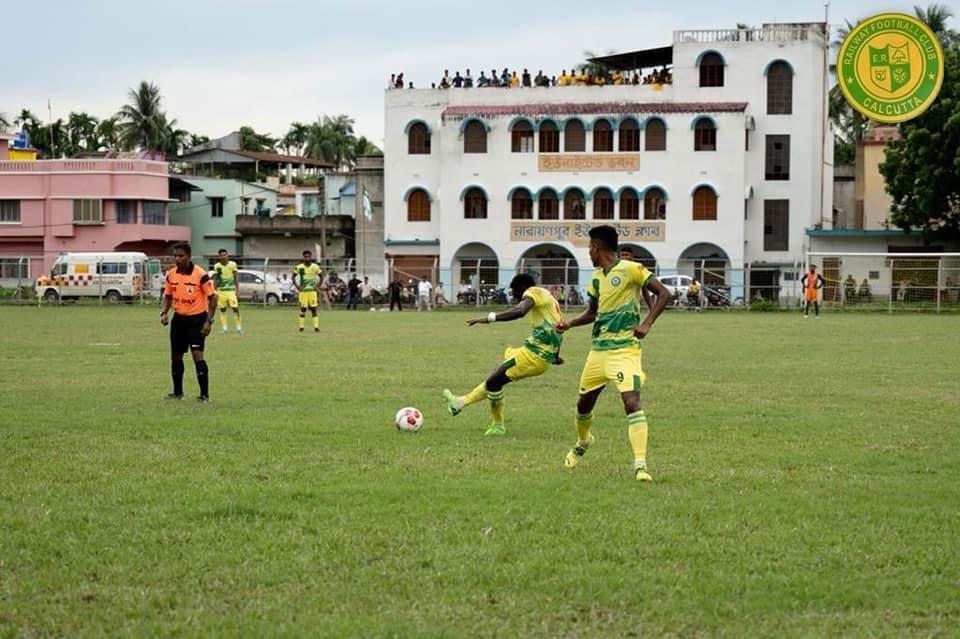 The talented youngster on Thursday started for his club Railway FC when the team played against Sangbad Pratidin Bhawanipore.

In a game of many goals, Shadrach Lantei-Mills scored with a spectacular free kick that gave his team the chance to fight for a way back in the game against the opponent.

Unfortunately, the beautiful goal was not enough to save Railway FC from defeat.

Sangbad Pratidin Bhawanipore played some fine football on the matchday and cruised to a 3-1 victory at the end of the 90 minutes to amass the maximum three points.

With his goal on Thursday, Ghana’s Shadrach Lantei-Mills now has two goals and one assist after making three appearances for Railway FC in the ongoing Indian Calcutta Premier Division.