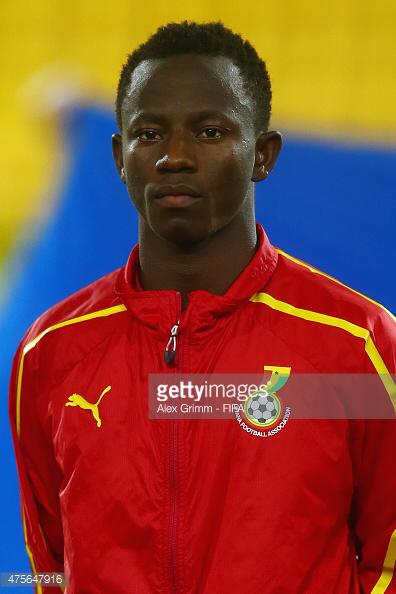 CD Numancia attacker Yaw Yeboah emerged as the hero for the Ghana u-23 team on Tuesday evening as solitary strike steered his side to a 1-0 win over Algeria in the second leg of the final qualifying round to the CAF u-23 Cup of Nations tournament.

The West African country traveled to Sétif trailing on aggregate following a 1-1 draw at the Accra Sports Stadium five days ago.

Needing a win to avoid elimination, the Black Meteors as they are called fought well and managed to win by a goal to nil at the end of the 90 minutes.

Captain Yaw Yeboah who missed a penalty in the first half of the first leg netted the only goal of the day on the 70th minute following an edgy encounter.

Ghana is now set to play at the 2019 u-23 Cup Of Nations tournament which will be staged in Egypt in November.

Head coach Ibrahim Tanko and his men will be hoping to enjoy a successful tournament in hopes of securing qualification to the 2020 Tokyo Olympic Games.