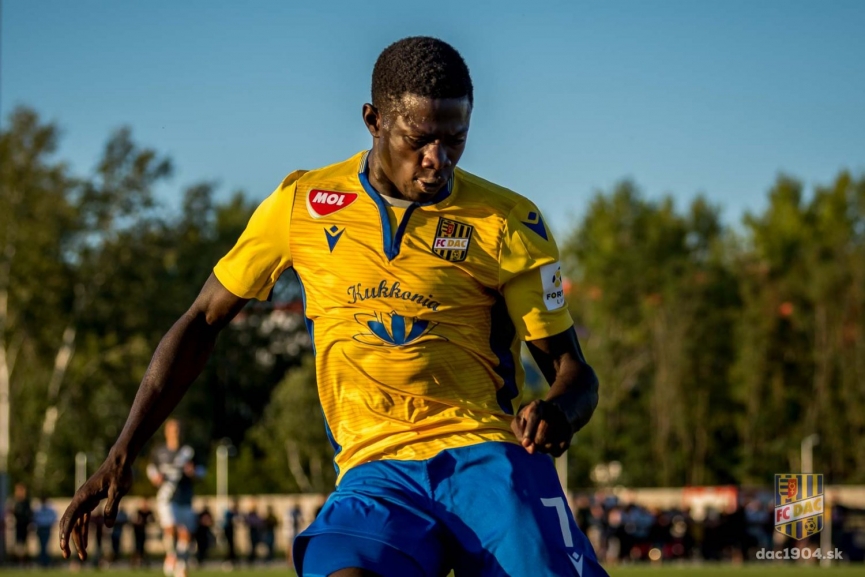 Ghanaian forward Zuberu Sharani came on from the bench and found the net to help FC DAC 1904 to a 2-0 win over Zilina in the Slovakian top flight.

The first half ended goalless after both teams failed to make most of their chances.

In the second half, DAC 1904 improved and were rewarded with a goal in the 58th minute. Sharani produced the finishing touch shortly after coming on as a substitute. He was brought on in the 46th minute to replace Cesar Blackman.

Zsolt Kalmar doubled the lead from the penalty spot in the 78th minute.

The 20 year old Ghanaian has made four appearances for his club this season. He joined the Slovakian side on a season-long loan from Dreams FC.