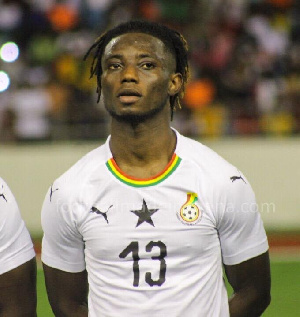 Portuguese side Vitória Guimarães have made an offer to sign Ghana left back Gideon Mensah.

According to reports, Guimarães have spoken to the representatives of the Red Bull Salzburg player.

The 22-year old who spent the 2019/2020 football season playing for Zulte Waregem on loan has been a target of the Portuguese side following an impressive outing in preseason games against Real Madrid and Chelsea which had their scouts around.

His current club Salzburg are willing to allow him to go out on loan or leave permanently for their 34-year-old Captain Andreas Ulmer to get playing time.

Despite the huge interest from Guimarães German side Hertha Berlin and French side St Etienne are monitoring closely.