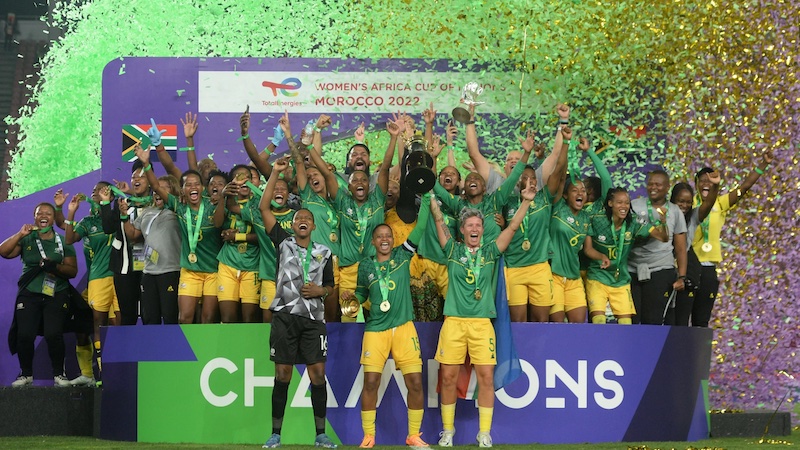 This year's Women's Africa Cup of Nations (Wafcon) in Morocco has raised the stakes for women's football across the continent, but the next challenge is to capitalize on its success.

Expanded to 12 teams and with increased prize money from the Confederation of African Football (Caf), the tournament saw record crowds for women's matches and culminated with South Africa lifting the trophy for the first time.

"This has been fantastic but there is always more that can be done," winning coach Desiree Ellis told BBC Sport Africa.

"The next step is to get structured leagues and professionalize the sport. If we want to compete with the rest of the world, that's the way to go because there is enough talent in Africa to win a World Cup."

A crowd of 45,562 watched the semi-final between Morocco and Nigeria, with the final between the hosts and South Africa beating that record again with over 50,000 in attendance at the Prince Moulay Abdellah Stadium.

Uganda international Jean Sseninde described the atmosphere as "electric", while Isha Johansen, the former president of the Sierra Leone Football Association, said she was "stunned" by the amount of people in the stands in Rabat.

"I think we have created role models," Sseninde told BBC Sport Africa. "We have inspired generations of young footballers through this tournament."

Morocco have invested heavily in the women's game over the past few years, with the Atlas Lionesses finishing as runners-up on their return to Wafcon after a 22-year absence.

"Just seeing Morocco with what they have done and the investment they've made, I think women's football and a lot of countries will learn from it," former Nigeria international Mercy Akide said.

"When I see those countries that are investing, if you give it four or five years, it is going to be amazing, I am so grateful that I am still alive to see what Caf is doing for women's football."

South Africa picked up improved prize money of $500,000 but there is still a vast gap in the rewards on offer in the men's game, given Senegal took home $5m for their Nations Cup triumph in February.

Caf's technical study group has now recommended that Wafon be expanded from 12 to 16 teams, while, at the club level, the second edition of the eight-team African Women's Champions League is scheduled for October in Morocco. 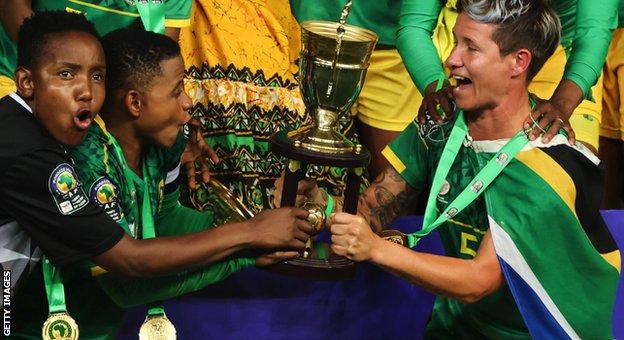 Nine-time champions Nigeria traveled to North Africa as favorites to clinch a fourth successive title, but were beaten on penalties by Morocco in the last four and ended fourth after a 1-0 defeat by Zambia in the third-place play-off.

Akide, a veteran of three World Cups, two Olympic Games, and a winner of three African titles with the Super Falcons, said the standard of football in Morocco was "top shelf".

"The quality from my time to now is getting better," Akide, 46, added.

"South Africa have come so far and I give kudos to my friend Deisree for what she has done for that team. Looking at the Morocco team, the coach [Reynald Pedros] has done an amazing job.

"The competition is growing and other countries are catching up. Everybody now believes they can beat Nigeria."

Ellis had previously lost finals with South Africa as a player and a coach and was also keen to praise the increased competition.

"It is fantastic to see the countries are all doing their bit for women's football," Ellis said.

"You look at some of the countries that were not here, the likes of Equatorial Guinea, two-time champions, the likes of Mali, who were semi-finalists [in 2018], so it shows that the game is growing."

Johansen, who is now an elected council member of the world governing body Fifa, believes women have demonstrated they are worthy of increased resources and attention.

"We are no different from the men - we have natural talent," she said.

"It also goes to prove that we weren't wrong in believing that we should push for our space, to give these girls the platform to grow. I'm super proud to be part of this journey to grow the game on this continent." 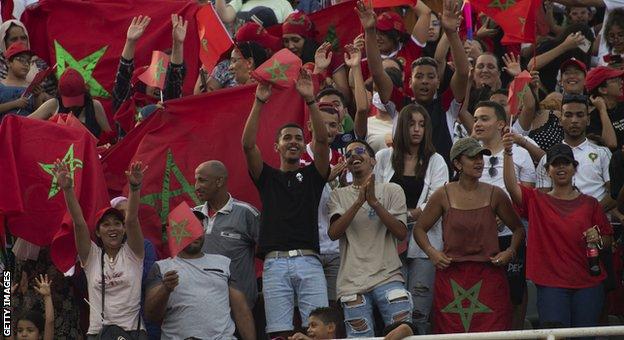 The Wafcon semi-finalists have all qualified for next year's Women's World Cup in Australia and New Zealand, with Africa's quota of teams increasing from the three sides at the last edition in France in 2019.

Morocco and Zambia will make their debuts at the expanded 32-team global tournament, while the quartet could yet be joined by another two sides, with Senegal and Cameroon entering the inter-confederation play-offs in February.

Nigeria, in 1999, are the only African side to reach the World Cup quarter-finals but Johansen is already full of optimism for the continent's representatives next year.

"I am so excited. It is unbelievable, really, to have four African teams in the World Cup is historic," she said.

"I think our teams will rise to the occasion and do us proud."

Meanwhile, Sseninde believes the impact of this year's Wafcon can help make women's football the next "big thing" in Africa.

"We need to continue pushing and fighting hard because we want to be better than Europe, we want to compete at the global stage," she added.

Nigeria forward Asisat Oshoala was crowned Caf women's Player of the Year for the fifth time last week and wants youngsters across Africa to be given the opportunity to thrive.

"When I was in school, I had female players who were way better than I was but they didn't get support from their parents or they didn't have access to proper sports clubs," the 27-year-old Barcelona star said.

"It's my dream to see people grow and see young girls grow to the highest level." 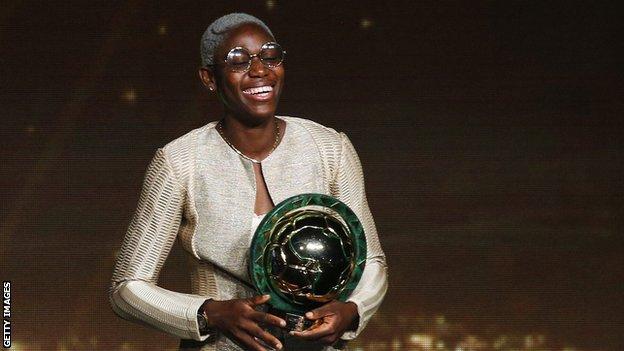