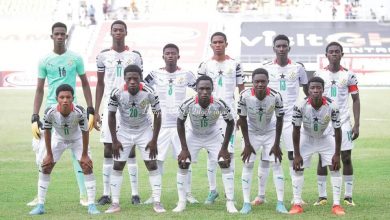 The Black Starlets of Ghana have failed to make the finals of the 2022 WAFU Zone B U17 Championship after losing to their Burkina Faso counterparts in the semi-finals.

The two West African youth national teams locked horns this evening in the second semi-final game of the ongoing tournament in Ghana.

In a game played at the Cape Coast Stadium under floodlights, neither side managed to score in the first half despite the numerous chances created.

After recess, a tough battle ensued between Ghana and Burkina Faso as both teams pushed to score to win the game.

While the Black Starlets looked like the side that could score, the team failed and rather gave away a penalty kick in the 64th minute.

Stepping up from 12 yards, Ousamane Camara made no mistake and scored to give Burkina Faso the lead.

Despite the efforts of the Black Starlets, the team could not score and has lost narrowly to the semi-final opponent.

The defeat means that Ghana has failed to advance to the finals of the 2022 WAFU Zone B U17 Championship.