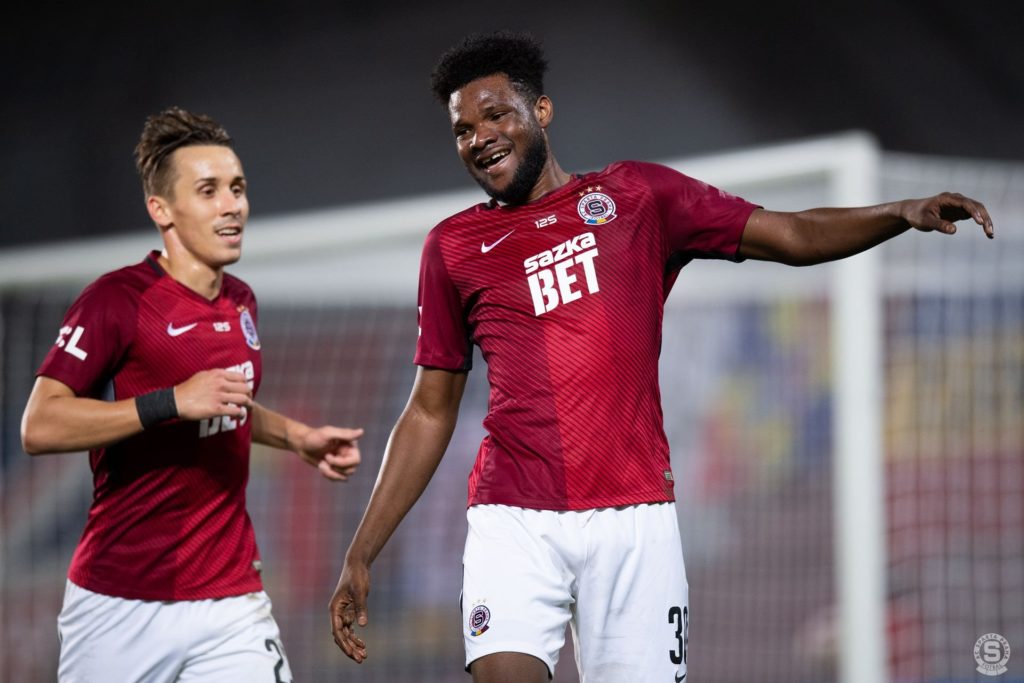 Ghanaian attacker Benjamin Tetteh climbed off the bench and found the back of the net to salvage a point for his Sparta Prague side on Friday night when they drew 3-3 with Ceske Budejovice.

The two clubs locked horns in a League match in the Czech top-flight seeking to start off well after the international break.

In a home game at the Generali Stadium, Sparta Prague almost ended up losing all points with the away side Ceske Budejovice proving their worth in the division.

Tetteh who started the match on the substitute bench was thrown in the match midway through the second half when they needed a goal to draw level.

With the scoreline at 3-2 heading into the final minutes, the Ghanaian popped up and sent his strike into the back of the net to ensure the game ended 3-3, whiles taking his tally of goals in the ongoing campaign to four out of fifteen.

Watch highlights of the six goal thriller between Sparta Prague and Ceske Budejovice below.