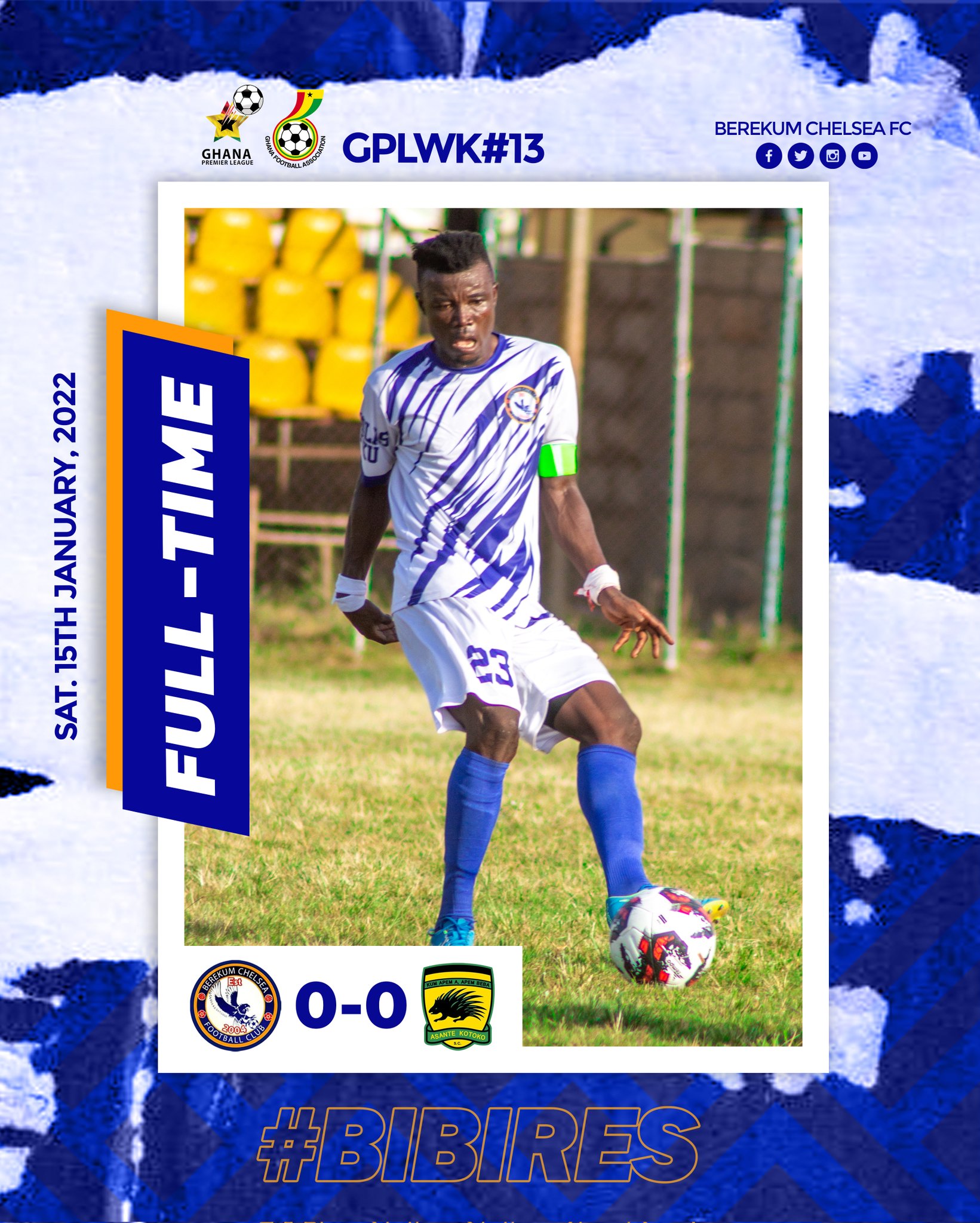 Asante Kotoko suffered a setback in the quest to win the Ghana Premier League this season after a goalless draw with Berekum Chelsea on Sunday.

The Porcupine Warriors after an impressive start to the ongoing 2021/22 Ghanaian top-flight league are in a pole position to push for league triumph at the end of the campaign.

At the Golden City Park in Berekum, the Reds locked horns with the Blues in a matchday 13 clash.

In a game where Asante Kotoko fielded a strong team, the opposition also presented an equally good side that played their hearts of out.

Although both teams would play well and create a number of chances in the first half, neither side could find the back of the net and settled for a stalemate at the break.

After recess, Berekum Chelsea had the better chance of winning the game when the team was awarded a penalty.

Unfortunately for the side, the chance were squandered as Asante Kotoko held on to draw 0-0 at the end of the 90 minutes.

Despite dropping two points, Asante Kotoko remain top of the Ghana Premier League table and with one outstanding match as well.