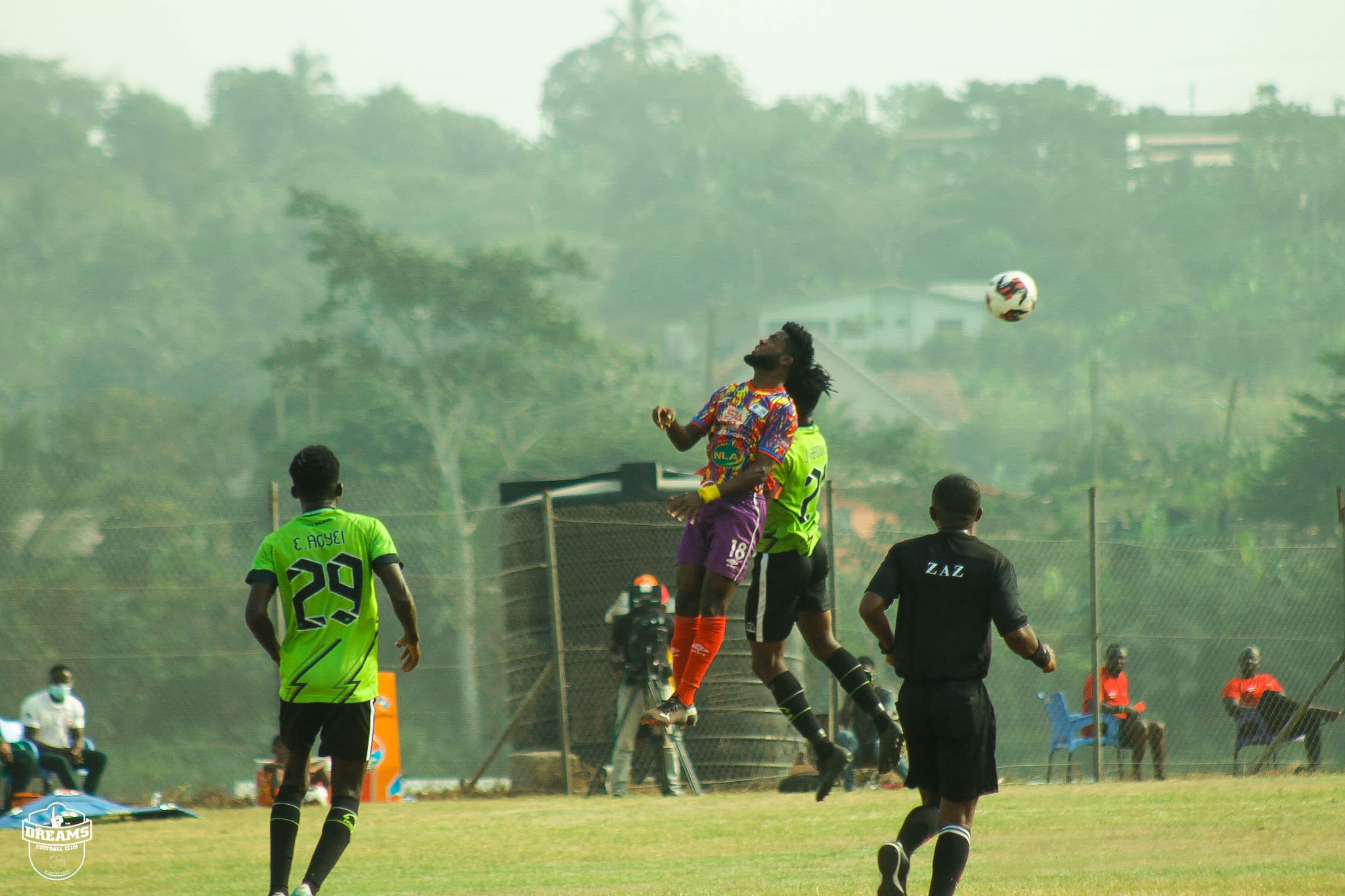 Hearts of Oak scored late on Saturday to force their clash against Dreams FC to end in a 2-2 draw in order to secure a point.

The Phobians locked horns with the matchday 10 opponent of the 2021/22 Ghana Premier League season at the Theatre of Dreams in Dawu.

In a game that both teams played well in 90 minutes, Daniel Afriyie Barnieh scored in the 30th minute to shoot Hearts of Oak into the lead.

Unfortunately, the team could not hold on to halftime with Dreams FC restoring parity in the 44th minute through a strike from Ibrahim Issac.

Although the hosts will take the lead in the 82nd minute of the second half, they also squandered the chance of securing all three points.

The visitors managed to score in added time courtesy of an effort from substitute Salim Adams as the game ended in a 2-2 draw.

The result sees Hearts of Oak moving to 10th on the league table while Dreams FC climb to 4th.