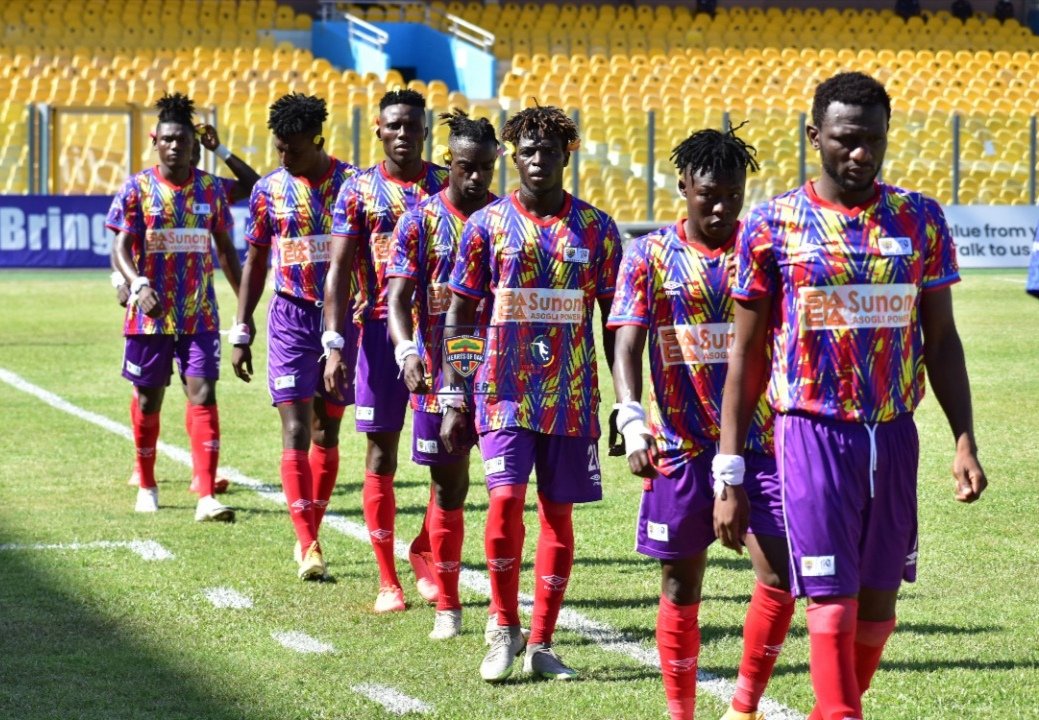 Hearts of Oak labored to defeat Elmina Sharks 1-0 on Wednesday courtesy of a ferocious strike from Gladson Awako.

The Phobians who were recently knocked out of the CAF Confederations Cup are aiming to turn around what has been a poor start to the 2021/2022 Ghana Premier League season.

The team from the capital played as a guest to Elmina Sharks at the Papa Kwasi Nduom Stadium to battle for points on matchday 8 of the league campaign.

Although both teams had good chances in the first half, neither side scored and hence had to settle for a draw at the end of the first half.

In the second half, Hearts of Oak dominated play and managed to cruise to victory. It was all thanks to midfielder Gladson Awako who climbed off the bench to score with a stunning effort.

Following the win, Hearts of Oak have climbed out of the relegation zone and still with three outstanding matches to play.