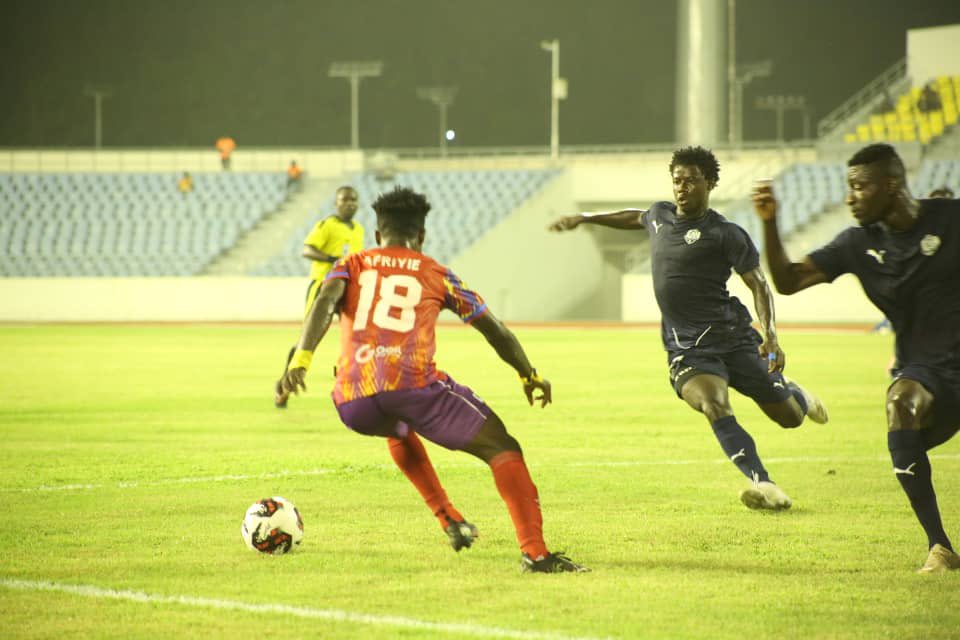 The fixture was originally scheduled to be played at the Accra Sports Stadium but had to be staged at the Cape Coast Stadium due to the unavailability of the venue.

In a game where both teams played well in the first half, neither side could take their chances and had to settle for a stalemate at the break.

After recess, Hearts of Oak created the better chances and eventually broke the deadlock in the 61st minute when striker Kofi Kordzi scored with a fine record effort.

Five minutes later, SWAG home-based footballer of the year Daniel Afriyie Barnieh equalized with a clinical strike to double the lead for the Phobians.

With no goal from Accra Lions in the remainder of the game, Hearts of Oak held on to win 2-0 to secure all three points.

Courtesy of the win, the defending champions have now climbed to 12th on the league table and with three outstanding matches to play.