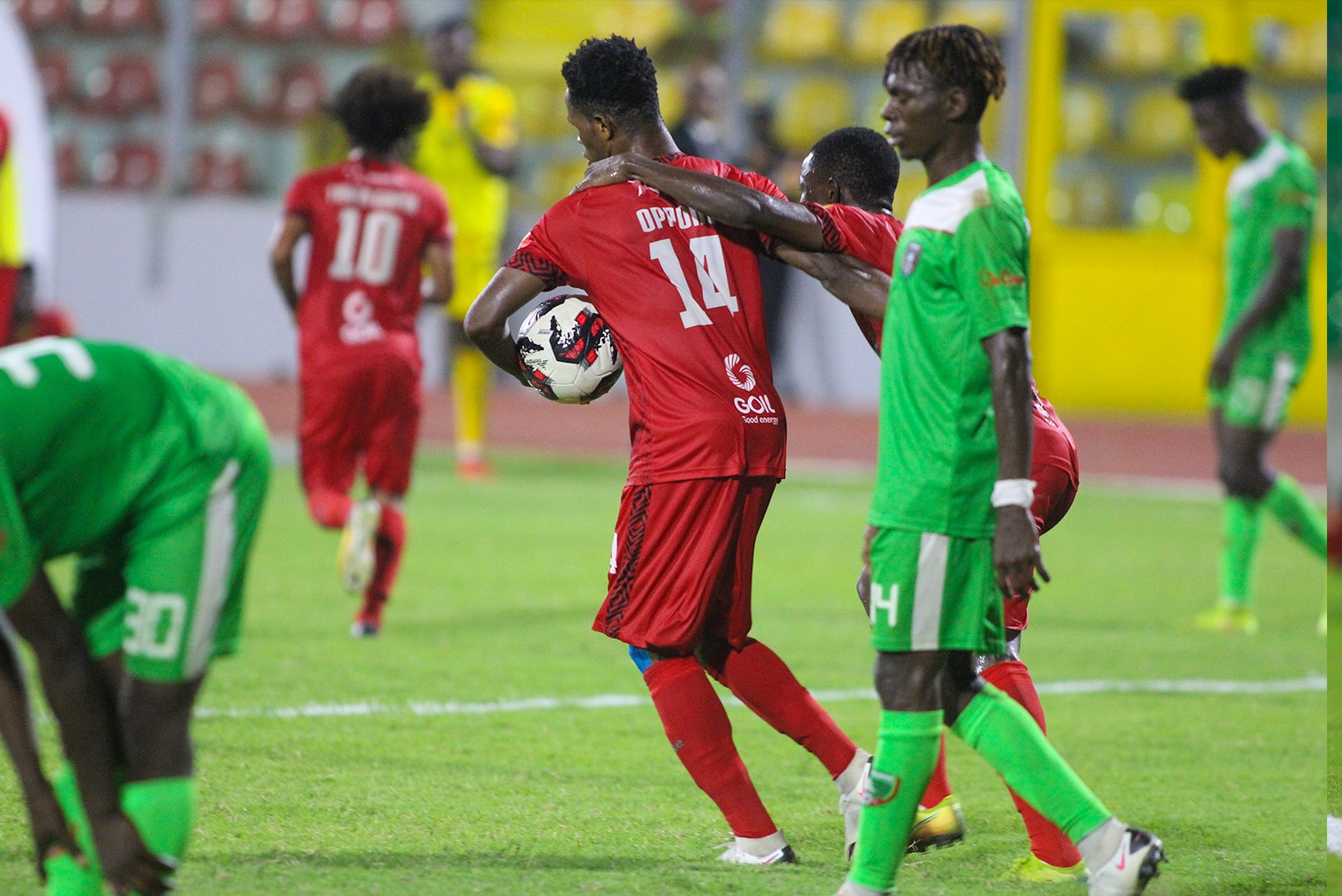 The exciting forward was signed in the off-season to augment the squad of the Porcupine Warriors before the start of the 2021/22 Ghanaian top-flight league campaign.

Although he was on the bench on the opening weekend of the league, he came on as a substitute and scored to propel the team to record a win.

Since then, he has broken into the Asante Kotoko starting eleven and is gradually becoming the darling boy of the team.

At the Baba Yara Sports Stadium, Isaac Oppong started for the Reds when the team hosted Eleven Wonders on matchday 4 of the ongoing campaign.

In the second half, the prodigy scored with a fantastic effort in the 77th minute to give the home team a 2-goal lead.

Courtesy of a first-half strike from Samuel Boateng, Asante Kotoko held on to a deserved win to amass the maximum three points.

Watch the highlights of the game below: