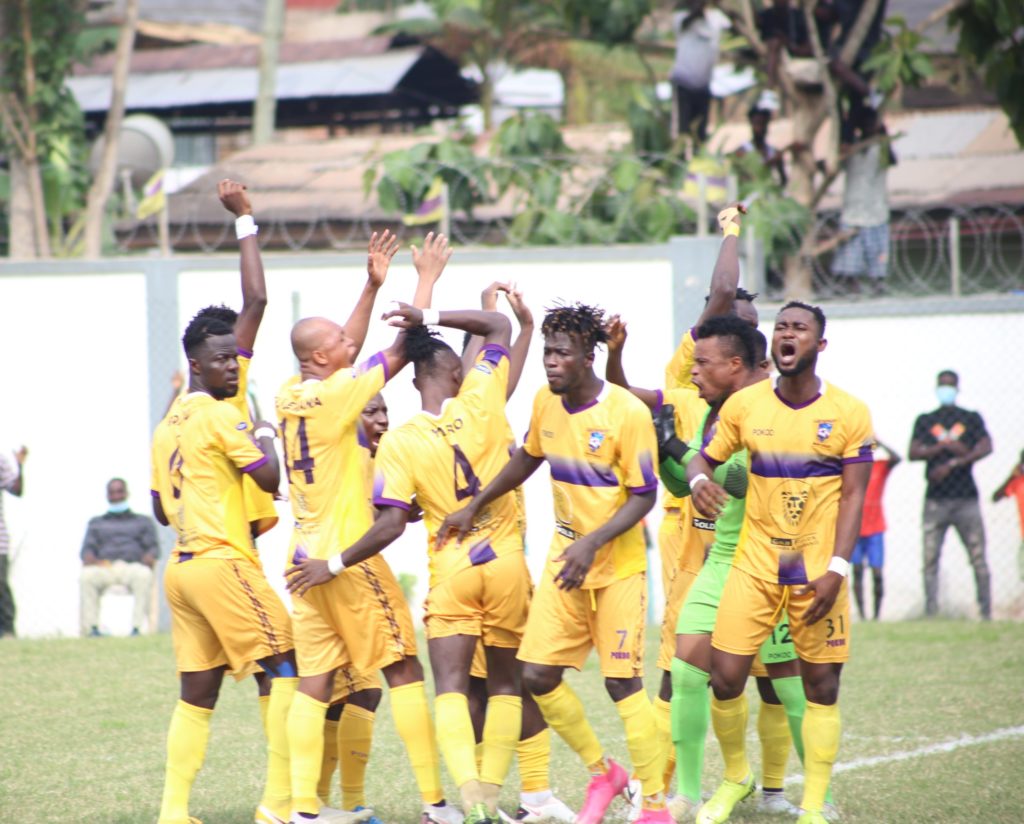 A first-half poor showing from Medeama SC almost saw the team succumbing to a defeat to struggling Berekum Chelsea on Friday.

Thanks to midfield maestro Kwasi Donsu, the team from Tarkwa managed to score in the second half to force the Ghana Premier League matchday 12 encounter to end in a 1-1 draw.

At the Akoon Park, Medeama SC locked horns with Berekum Chelsea aiming for a win to advance their aim of breaking into the top four of the league standings.

Unfortunately for the hosts, the Blues capitalised on a very good chance in the 29th minute as Mohammed Alhassan Mankuyeli scored to shoot the visitors into the lead.

Now pegged behind, it took the resilience of Medeama SC in the second half to secure a point.

Experienced midfielder Kwasi Donsu came to the rescue of the team when he equalized in the 80th minute to force the match to end in a draw.