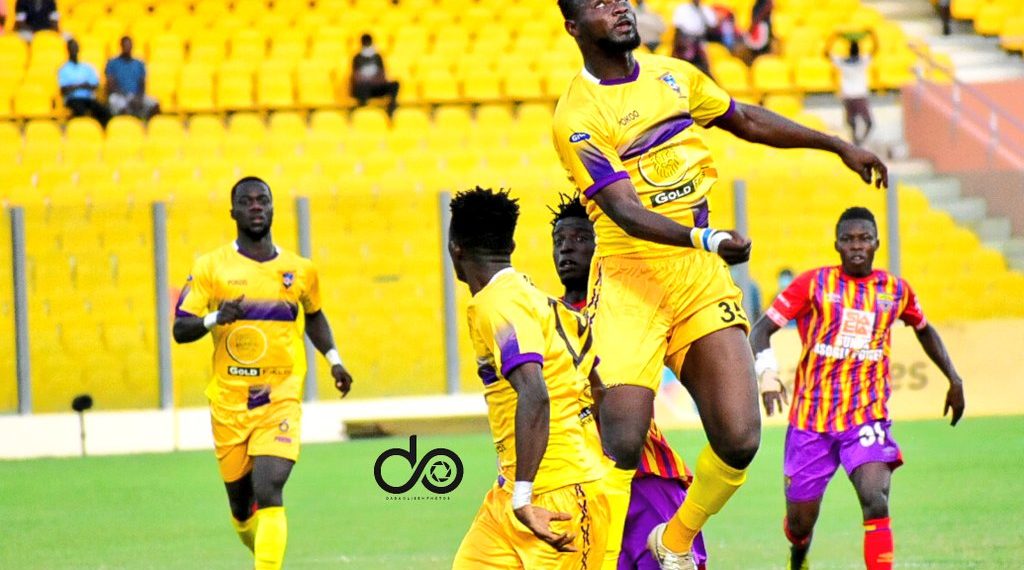 Hearts of Oak's former defender, Vincent Atinga scored against the club on Wednesday to power Medeama SC to an important victory.

The Phobians locked horns with the Yellow and Mauve outfit at the Akoon Park in Tarkwa to clear an outstanding match in the ongoing Ghana Premier League season.

In the second half, Hearts of Oak dominated the early parts but could not find the back of the net.

After coming in strong in the last 10 minutes of the game, defender Vincent Atinga came back to haunt his former club Hearts of Oak.

The centre-back accepted responsibilities from the 12 yards after a penalty was awarded and fired home his effort to give his side the victory.

Whiles the win pushes Medeama SC into the top four, Hearts of Oak’s chances of winning the league this season have become slimmer.