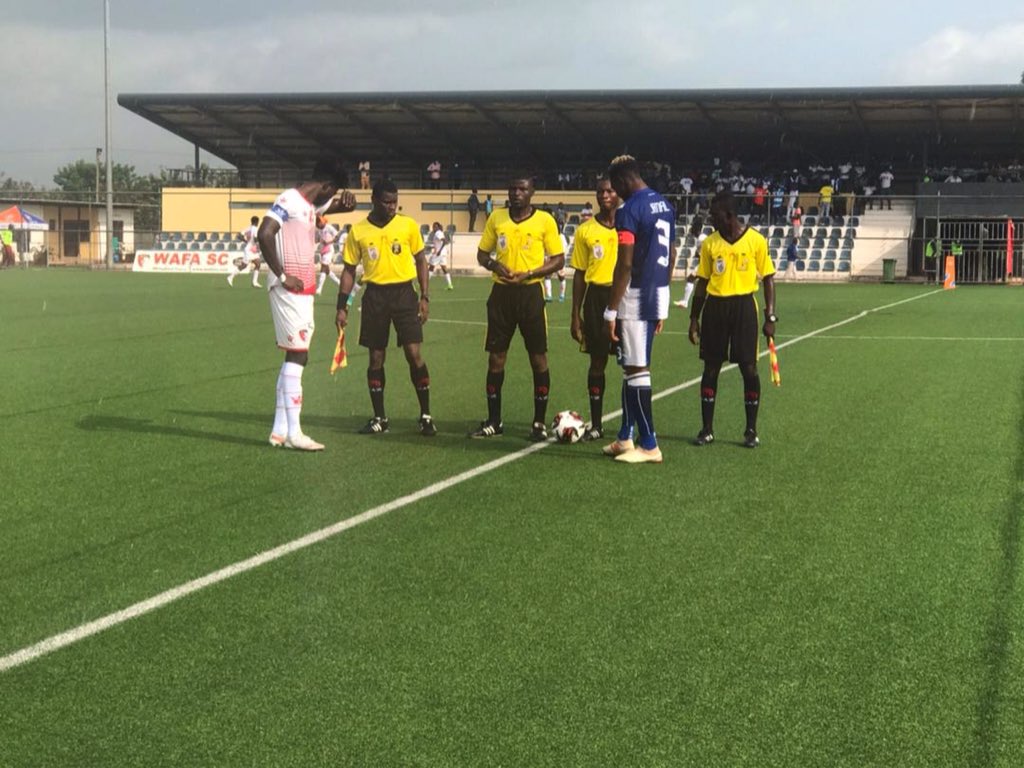 WAFA recorded their first win of the 2021/2022 Ghana Premier League season following a 1-0 victory against Great Olympics on Saturday.

The Sogakope-based club in their first four matches of the new season drew two and lost two as well.

Despite the slow start to the campaign, WAFA SC remains confident of enjoying a good campaign this season.

As a result, the team hosted Great Olympics at the Sogakope Red Bull Arena booming with confidence and keen on picking the maximum points.

Fortunately for the home team, they were awarded a penalty kick in added time to help save the blushes of the misfiring attackers.

Lethal forward Justice Tostutsey stepped up to convert from 12-yards to fire WAFA SC to a needed 1-0 win against the matchday five opponent.

Courtesy of the result, WAFA have climbed out of the relegation zone of the league table with Great Olympics on 3rd.