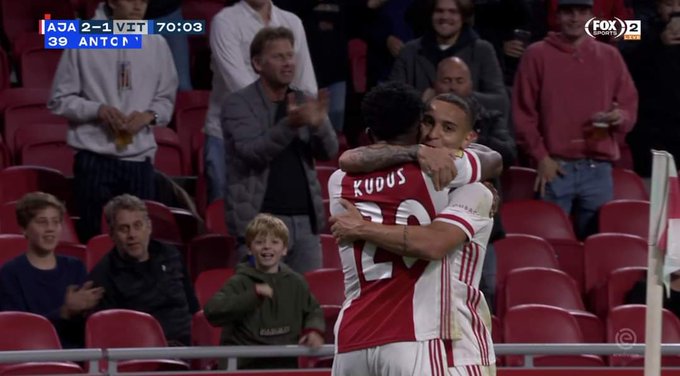 Ghana star, Kudus Mohammed was up on his game as Ajax Amsterdam fought hard to beat Vitesse Arnheim.

The Dutch champions hosted Vitesse at the Amsterdam Arena on Saturday night.

Quincy Promes gave the home side an early lead in the first half but Edson Alvarez scored in the second half to level his side up.

However, Kudus provided and assist for Brazilian forward Antony who made no mistake by firing the hosts ahead to end the game 2:1.

Below is the video of Kudus assist

Ajax held on for a crucial win as they push to defend the title.

Kudus lasted the entire duration of the game and is gradually growing to become a key figure in the side he joined just this summer from Danish side FC Nordsjaelland.