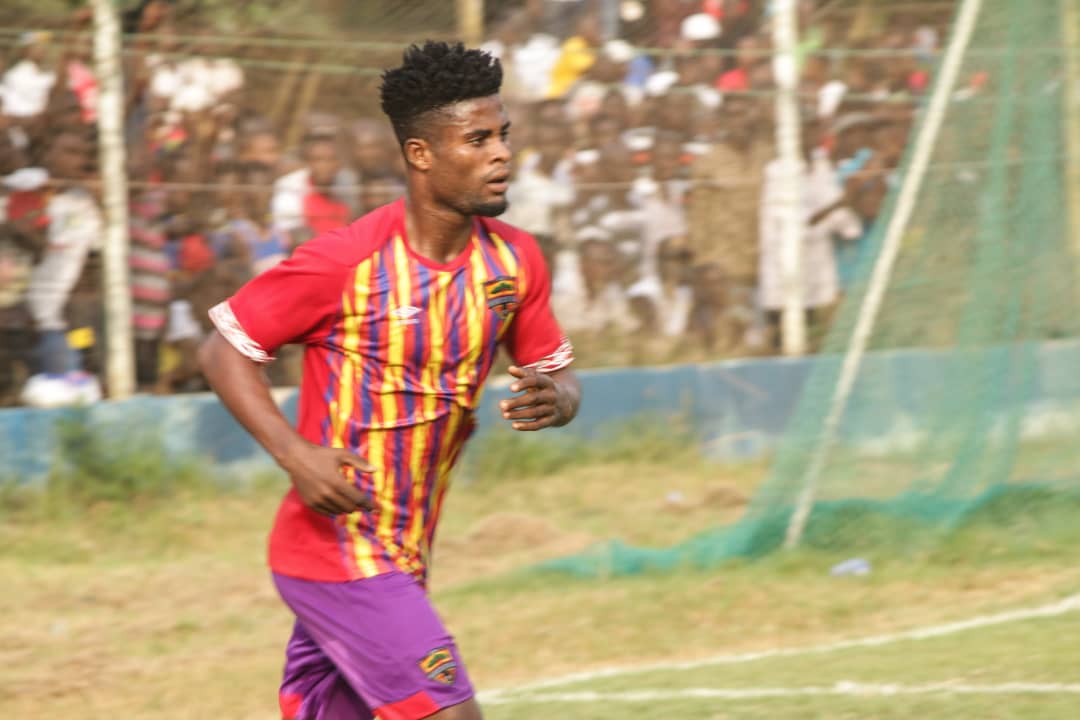 Accra Hearts of Oak forward, Afriyie Barnieh has hinted the club is aiming to win double this season.

The Rainbow club have been sensational in the ongoing 2020/21 Ghana Premier League season.

Under the auspices of Samuel Boadu as the head coach of the club, the Phobians sit on top of the league log with 53 points after 29 matches played.

The club is aiming to end their 11 years trophy drought.

However, Hearts of Oak are also in the MTN FA Cup and will play Windy Professionals in the Round of 32 at the Accra Sports Stadium on Sunday.

Ahead of the game, Barnieh has hinted the club is aiming to win the Premier League and the FA Cup.

“We are happy to be here but I am pleading with the supporters of Hearts of Oak to keep supporting us,” he said.

“We are aiming to win the Premier League and the FA Cup this season.

“I know it will not be easy but I know with their support, we will be able to achieve it,” he added.