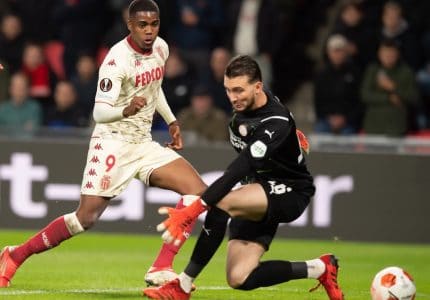 The head coach of AS Monaco, Niko Kovac has stressed that everyone at the club is elated summer signing Myron Boadu has finally scored his first goal for the team.

Over the last few months, the Dutch attacker with Ghanaian roots has been overly criticised over his failure to score for his new club.

Keen on proving his critics wrong, Myron Boadu has worked hard, and finally last Thursday, he equalized for AS Monaco when the team defeated PSV 2-1 in the Uefa Europa League.

In a post-match interview, his manager Niko Kovac could not hide his joy and said the entire club is happy for the striker.

“We are all happy for him and for the team. He is still a young player. It's normal for it to take time to change your environment. We give him that time and he will bring Monaco a lot.

"It was my idea to let him play in his own country against an opponent he already knew," Niko Kovac said.

The Croatian tactician added, “Myron did very well. Not only because he scored, but he also created two chances. Therein lies the only disappointment, because we could have finished it in the first half.”