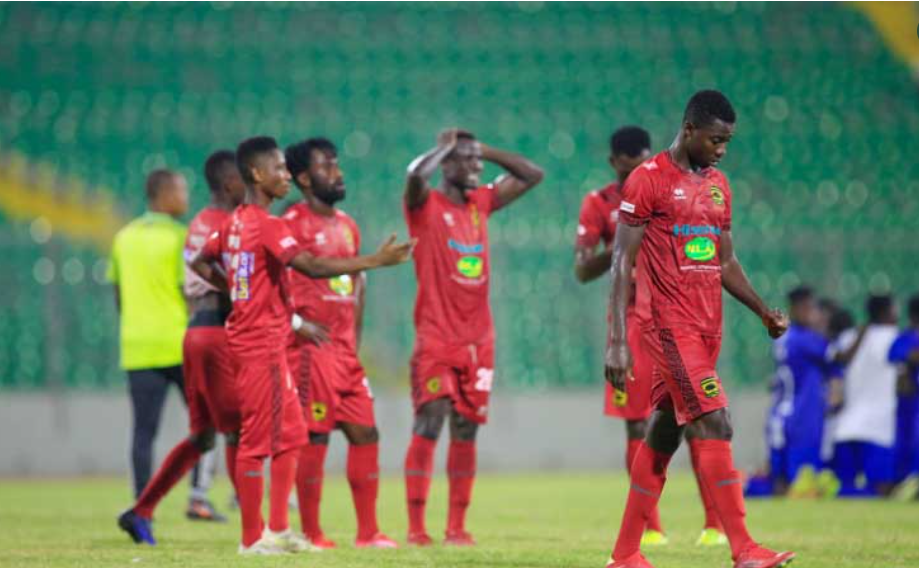 Accra Hearts of Oak have reacted to Asante Kotoko's home defeat to Berekum Chelsea on Sunday at the Baba Yara Sports Stadium.

The Porcupine Warriors suffered a 1-0 defeat to The Blues in the second half despite ending the game with 10 men.

Forward Kelvin Obeng was the hero, scoring in the 80th minute to break Kotoko's hearts in the thrilling contest.

The defeat sees Asante Kotoko's lead on the league table reduced to six points behind second-placed Medeama on 50th points.

Defending champions Hearts of Oak are hoping to close in on Asante Kotoko with just nine points separating the two teams.

Hearts of Oak have a game in hand against Eleven Wonders and a win on Wednesday can see them close in on the league leaders.

Asante Kotoko play their next game against second-place Medeama at the Tarkwa and Aboso Park. A defeat will see their lead reduced to three points.