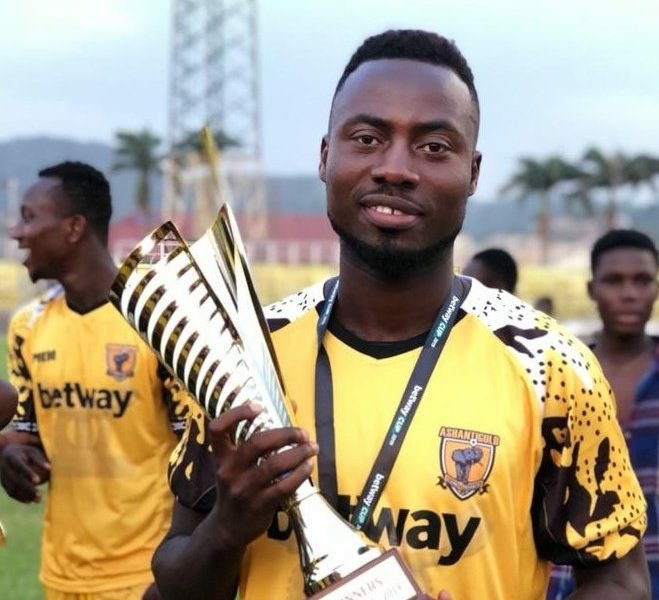 Ashantigold left-back Eric Donkor has shared that his outfit are not ready to participate in next year’s Africa inter club competitions.

Asante Kotoko and Ashantigold will represent Ghana in next season’s CAF’ inter-club competitions following the truncation of the season 2019/2020 football season.

The Ghana football season has been cancelled as a result of the crisis presented by the Coronavirus pandemic.

However, with no promotion and demotion, Asante Kotoko and Ashgold who represented the country in the 2019/2020 CAF Champions League and the Confederation Cup will represent the country again next season.

But the former Kumasi Asante Kotoko defender in an interview with S.K Ntim of Bryt FM questioned the readiness of his side having stayed at home for almost five months without competitive football.

Asked if they are ready for Africa, he said, “I cannot say that we are ready because we haven’t played for some time now. Last year’s competition is still on course which I know they finish by September. So I’m sure CAF will tell us the way forward after the competition”

“We should wait for them to finish this year’s edition and see how the preparations will go for us because I believe in training and team unity. You cannot just make purchases like Messi and Ronaldo thinking that you can do well, football is a team sports so you have to build a team before you can face your opponent”

“For Ashantigold, I cannot confirm whether we are ready or not but frankly speaking we are not ready” he added.

The former Kotoko left-back has, therefore thrown his weight behind the Ghana Football Association (GFA) to annul football season in the country, saying it is a welcoming news.

He shared that he has no problem with the truncation of the season as he strongly believes human lives matter most than football.

“When you listen carefully to the president, Nana Akuffo-Addo you could see clearly that football is not going to resume anytime soon. So I wasn’t surprise when the Ghana cancelled the season”

“We should ask ourselves if we can emulate the Europeans who have restart their season. Can we go by their measure in Ghana, these are some of the questions we should ask ourselves. So I think it cancelling the season is in the right direction because human lives matter” he concluded.