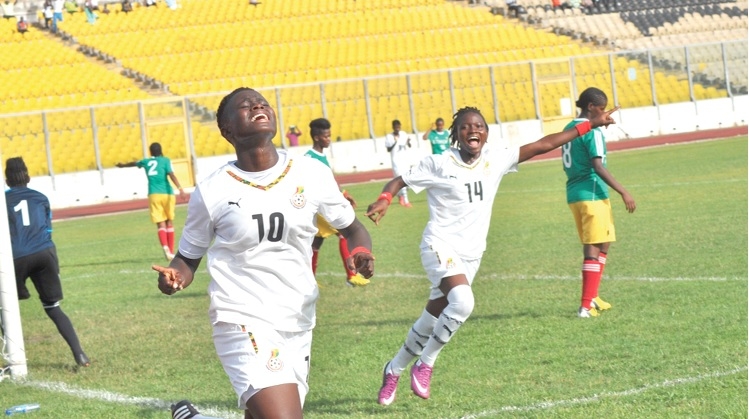 Black Queens striker Priscilla Adubea has reiterated the team is very prepared for Ivory Coast in the opener of the WAFU Women Cup on Nations on Wednesday.

Coach Mercy Tagoe named a 21 man team that left Accra on Sunday. Ahead of the team's departure Priscilla Adubea intimated their preparedness for the game on Wednesday against the host.

"We are playing the host, Ivory Coast on Wednesday and they are a formidable side, they were in the World Cup in 2015, and we weren't there meaning they are a good side," she said.

"Going to Ivory Coast, we are very prepared because we are going to face tougher sides. So we promising Ghanaians, Wednesday's game will be tough but we are confident of victory against the Ivorians," she added.

Priscilla Adubea has been in top form, winning the golden boots in the Women League and was top scorer in the FIFA Under-20 womens World Cup qualifiers.

The 19 year old adds the target of the team in Ivory Coast is to win the WAFU Cup of nations.

"Our target is to go and win the competition," she said ahead of their departure. "So all we asking is for Ghanaians to support us and pray for us too."

"After the WAFU, we have AFCON to host so the performance we put up at the competition will determine the kind of support we will get from the nation,"

"So we plead to Ghanaian to keep on praying for us and we will go and make Ghana proud."