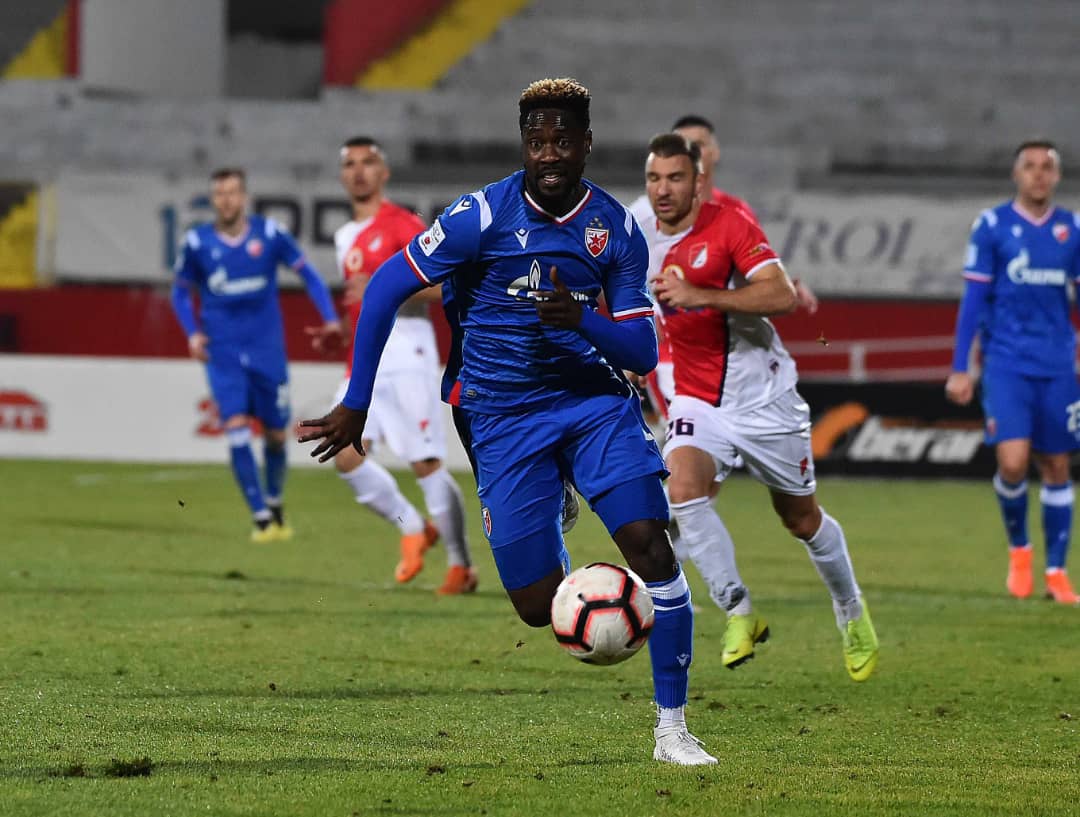 Ghanaian Striker Richmond Boakye Yiadom is confident that Crvena Zvezda will overtake Tottenham Hotspur tonight when they meet for the return leg of the Champions league game in Group B.

With just one point behind Spurs who are currently in second position below Bayern , Crvena Zvezda needs to record a win to boost their chances of qualifying to the knock out stages.

Last season the Serbian club managed a draw against Napoli and beat Liverpool by 2 goals to nil at the Stadion Rajko Mitic.

Boakye believes a similar performance will be repeated against Spurs tonight.

"Last season no one gave us any chance against Liverpool. People are quick to make predictions based on experience and stature, but we still managed to beat them. Tottenham are not as formidable and fearsome as Liverpool. They're beatable," he said.

"Our results at home is testament to the strength and Character we have as a team. And our fans a major reason why we're so strong in our backyard."

"The energy disparity between away games and home matches is huge. At home our supporters cheer us on till the final whistle, so we never  give up".

Boakye came back from injury to score last Saturday in their league match against Proleter, and is buoyed up for tonight's Champions league encounter with Spurs.

He scored against Olympiacos in Crvena Zvezda last home game in the competition.