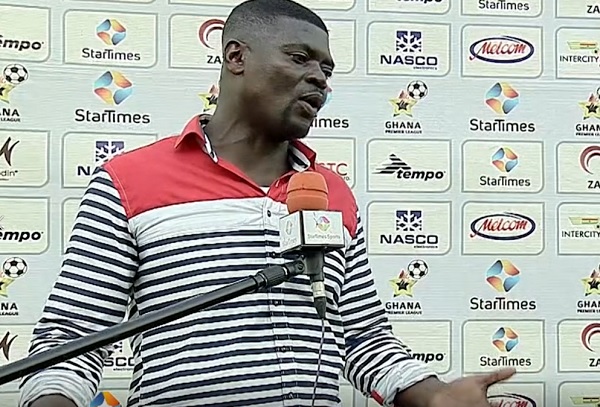 Hearts of Oak head coach, Samuel Boadu has attributed their struggle in the ongoing season to lack of rest and lack of proper pre-season.

The Phobians who are the defending champions of the Ghana Premier League have been poor in the ongoing 2021/22 campaign.

After 26 games played, the Rainbow club sit 4th on the league log with 40 points after recording 10 wins, 10 draws, and 6 losses.

According to him, the team did not have enough time to prepare ahead of the campaign, adding that it was a challenge for the club to teach the players they recruited the philosophy of the club.

"We will beg for forgiveness and I know that we will come good next season," the former Medeama SC boss said after their win over Accra Lions last weekend.

"We signed over 10 players ahead of the season and when the season kicked start, we were teaching the players the philosophy of the team which was a big challenge.

"Some of the players have played over two seasons without resting and this has also contributed to our struggle and Daniel Afriyie Barnieh is one of the players. We did not have enough time for pre-season as well.

"I know every player would be happy to see us performing but this is the reality and we are not running away from that.

"We need the support of the fans because this is our club and the Phobia family," he added.

Hearts of Oak play Dreams FC this weekend in the matchday 27 games at the Accra Sports Stadium. Kick-off is at 15:00GMT on Sunday.