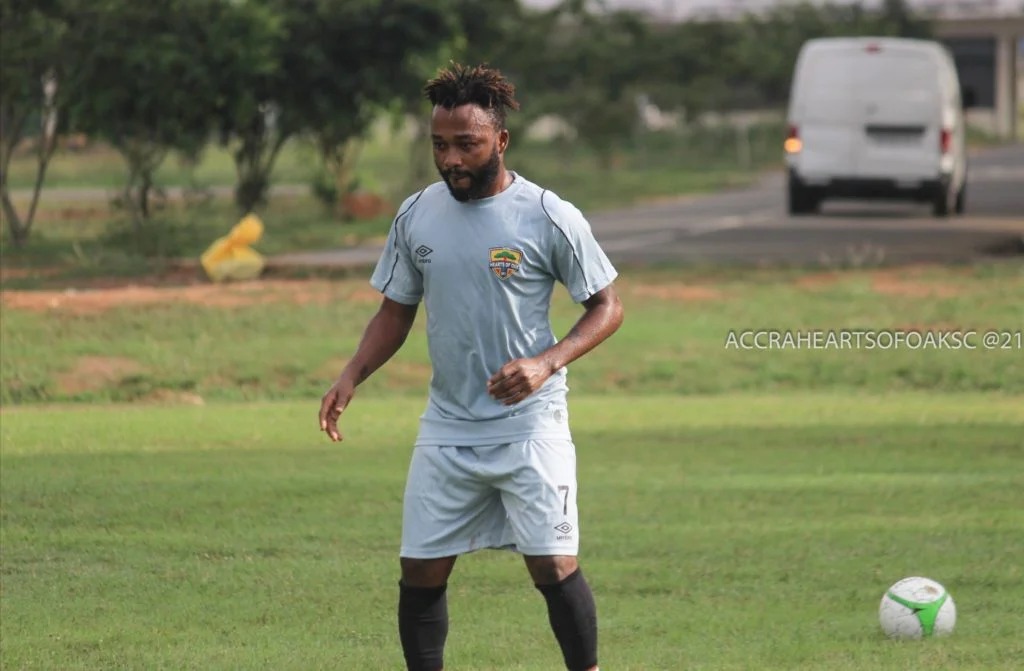 Hearts of Oak have said that they are expecting new signing Gladson Awako to sort out his difficulties and start playing for the team very soon.

It comes on the back of speculation that the player is looking to quit the club due to some spiritual attacks he has been having in his dreams.

Amid talk that he is close to leaving Hearts of Oak, the club has released a statement on the matter.

According to the club, the player is sorting out some personal issues but will start playing for the team very soon.

“Our recent signing Gladson Awal has experienced some difficulties that have prevented him from playing football and starting for Hearts of Oak.

“The club expects him sort out those difficulties soon so that he can rejoin his colleagues and resume playing football,” an official statement from Hearts of Oak has said today.

Below is the statement in full: 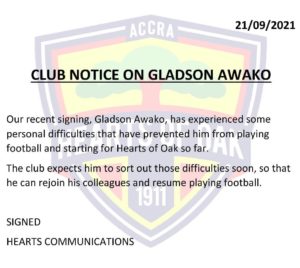