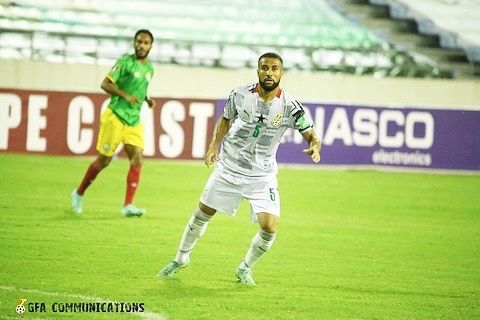 Black Stars attacker, Daniel-Kofi Kyereh has issued an apology to Ghanaians over the poor performance of the team at the 2021 TotalEnergies Africa Cup of Nations (AFCON) tournament.

According to him, there cannot be any excuse for the disappointment caused the people of Ghana.

“There is no excuse for our performance in this tournament, we have disappointed our country and the people who believed in us.

"There is no time to talk much but time to show that we will do it better in the future,” he said in a post on social media.

Daniel-Kofi Kyereh despite the AFCON disaster, is confident better things await the Black Stars in the future.

“I believe where one door closes, another one opens, so we have to keep moving and trust God‘s plan.

“This is the beginning of a new chapter,” the FC St. Pauli star shared.

The player has returned to Germany where he will now focus on helping his team to fight for promotion to the German Bundesliga.