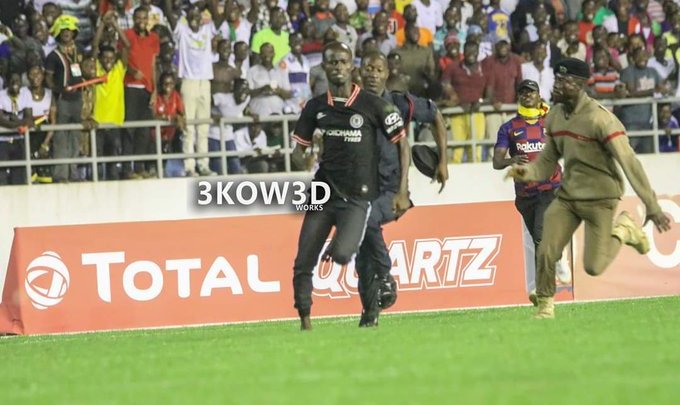 The Director of the National Sports Authority, Prof. Peter Twumasi has confirmed that an inner-perimeter will be built around the pitch of the Cape Coast Stadium to prevent future pitch invasion.

This according to him has become necessary following the pitch invasion incidence which happened earlier this month when the Black Stars of Ghana defeated the Bafana Bafana of South Africa in one of the qualifying matches to the 2021 Africa Cup of Nations (AFCON) tournament.

Speaking in an interview with Kumasi-based Otec FM, Prof. Peter Twumasi says contractors working at the Stadium has been tasked to construct an inner-perimeter around the Cape Coast Stadium pitch.

“Renovation works are ongoing at the Cape Coast sports stadium to beef up the security system”, he said.

The NSA boss added, “The Chinese contractor has been tasked to build an Inner-Perimeter around the pitch as you see in Accra and Kumasi to prevent what happened when Ghana hosted South Africa recently”.