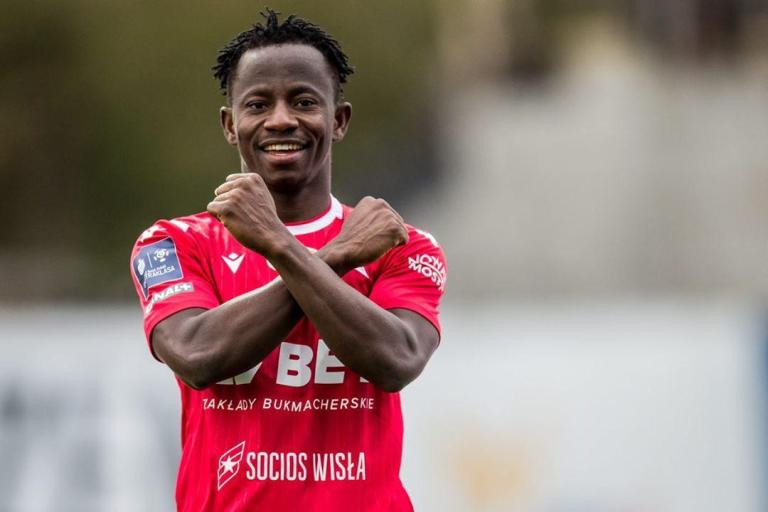 Ghanaian midfielder Yaw Yeboah has stated that his side, Wisla Krakow only care about winning ahead of their game against Podbeskidzie in the Polish top-flight.

The two sides met earlier this season and Krakow clinched a 3-0 win.

In an interview ahead of the match on Monday, Yeboah revealed the intentions of his club.

"In my opinion, we are able to achieve a similar victory to the one we recorded in the first meeting with this opponent. Wisła Kraków, our team, wants to win in every game. We go out on the pitch to win, and that's our goal. Everyone wants victories: the training staff, players and fans. We must take systematic steps to be as high as possible. And another one awaits us in the match against Podbeskidzie Bielsko-Biała. Three points are the most important," said Yeboah in an interview with the official side of Wisła.

"We worked very hard, both as a team and individually, to prepare as well as possible for Monday's match. We practiced many variants in offensive and defensive play - even twice a day. In my opinion, the preparations were very hard, but successful. The most important thing now is to use it on the pitch and collect three points," he added.

"In this league, each team can win. Regardless of whether it is first in the table, last or somewhere in the middle. We do not look at anyone, at any rival, but we are heading in a certain direction. We must prepare ourselves mentally for victory. We just think about going out on the pitch, playing well, getting our three points and going home. We are ready to do this. To make us happy," he admitted.

"Nine goals scored by Kamil Biliński is a really impressive result, but the team is not only composed of one player, it consists of a coach, goalkeepers, defenders, midfielders and attackers. Podbeskidzie has many individuals with very good training and that's what we need to focus on. Of course, we must pay attention to Biliński, but he is not the only important link in Podbeskidzie," he announced.

"I believe in myself, in my skills, in my talent and in my hard work. What is most important now is the team. Of course I would be even happier if I were to score more goals and assist my teammates more often, but the overall good is key here. I'm not focused on myself, the better the team will play, the better my statistics will also be," he concluded