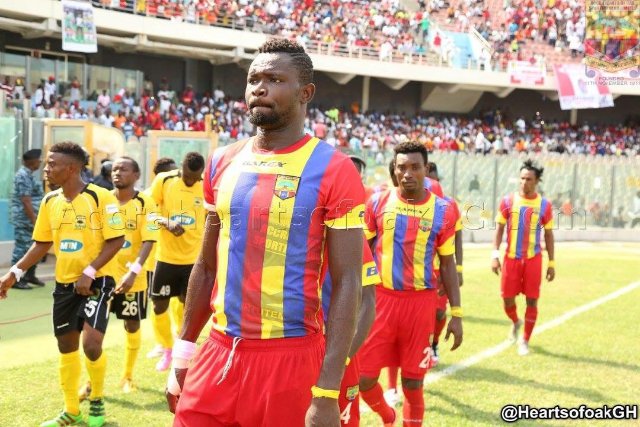 Former Hearts of Oak defender Vincent Atinga has revealed that the club paid its footballers before the 2017 MTN FA cup final commenced against Kotoko.

This is a contradiction to the statement issued by Thomas Abbey earlier this week that the club were owing the players some salaries and bonuses before the match. Kotoko won 3-1 in the end with a Saddick Adams first half hat-trick grabbing the headlines. Abbey later apologized for the damning comments.

“Yes, we had some bonuses unpaid but days before the final match our monies was settled in a rightful manner,” Atingah told Angel FM.

“We got paid after our last league match against Inter Allies before that very final match encounter."

“Everybody knows about the rivalry between this club in the country and we won’t let money distract our shine on that very day."

“We were eager to win that final match but luck was not on our side which lead to our awful 3-1 defeat against Kotoko."

“After the final whistle we were all in total darkness because we’ve lead the rainbow family down on a neutral grounds."